Microsoft has confirmed that the Win11 taskbar does not support the function of dragging and dropping applications onto the taskbar. In addition, Microsoft Win11 no longer allows users to change the position of the entire taskbar. Windows always had the ability to move the taskbar to any side of the screen (top, left, and right). However, in Windows 11, users are now forced to place the taskbar at the bottom of the screen. We don’t know whether this feature will be restored in a future version, but Microsoft said it is listening to user feedback. 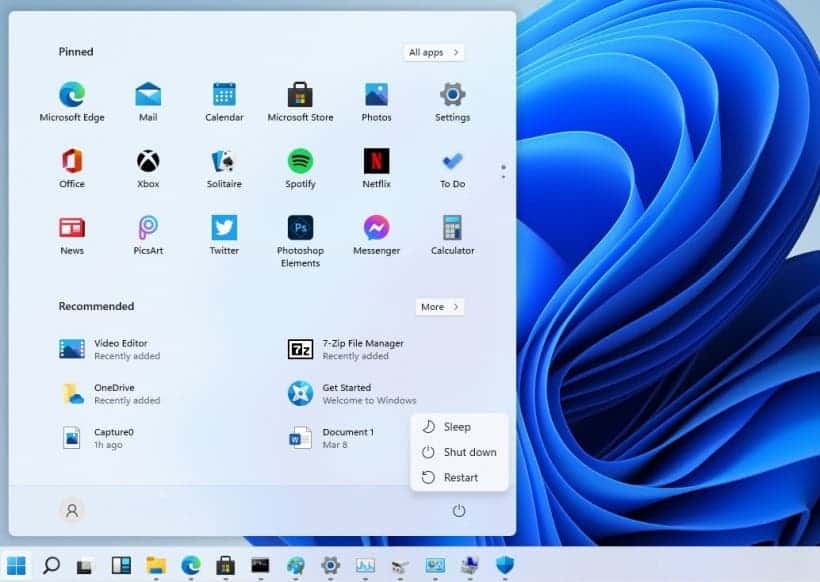 In a new Feedback Center post, Microsoft has admitted to deleting a registry value “ShowSecondsInSystemClock” that allows the taskbar clock to display time in seconds. This feature requires the registry to be turned on, and it was first added in Windows 10. In a post in the Feedback Center, Microsoft confirmed that the Win11 taskbar system clock has abandoned support for seconds.

“We are sorry, this is not a registry key supported by Windows 11. Thank you very much for your feedback, and we will continue to use this feedback to guide the future of the clock,” Microsoft said.

If you want to display the seconds on the taskbar, you now need a third-party application, such as T-Clock Redux.

Microsft Win11 installation has some restrictions

“We know this is worth complaining. Many people are not eligible to upgrade to Windows 11. But please remember that the biggest reason we do this is to ensure that the equipment is more efficient and safe in the future so that they can improve their workforce…”

According to reports, only Intel’s 8th generation processors, AMD Zen+ and newer CPUs will support Windows 11 upgrades. However, Microsoft also said that it is testing the compatibility of 7th generation processors. There is no ruling out the possibility of this system supporting older processors. In addition, Windows 11 upgrade requires TPM 2.0. Fortunately, we can bypass the TPM 2.0 requirement by modifying the registry. Thus, users now only need to ensure that they have the minimum CPU requirements.

If you have an unofficial version of Windows 11, you should beware of viruses and imminent dangers. Some of these Windows 11 ISO mirrors downloaded from unofficial sources hide viruses.

Next Intel will make chips for Qualcomm, to reveal Angstrom-based chip by 2024