Samsung announced on its official forum that it will soon launch the One UI 4.0 test program. The company will launch this program for its flagship Samsung Galaxy S21 series. However, Samsung did not say when it will launch the test version. However, we are certain that the Samsung One UI 4.0 will be developed based on Android 12. 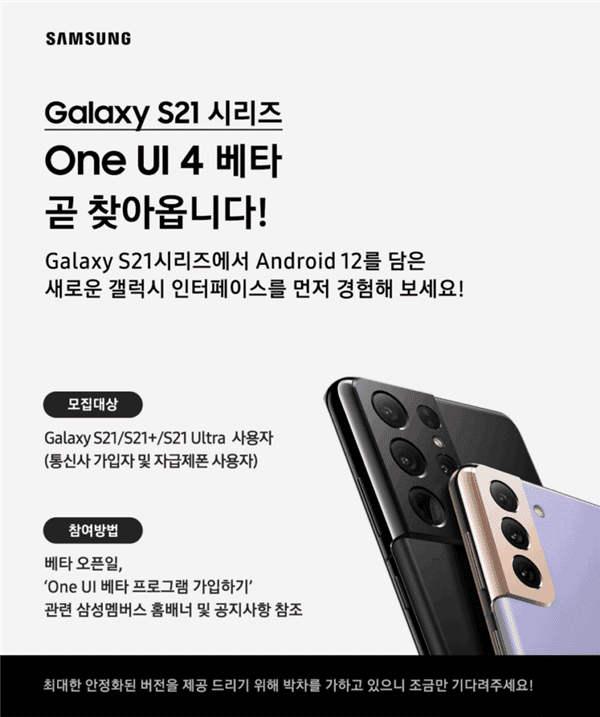 According to speculations, there are reports that the Samsung One UI 4.0 will start testing in August. This system will come with new icons and colour changes. Furthermore, this system will bring the new design of the Android 12 system. Also, this system will optimize the performance of the Qualcomm Snapdragon 888 SoC as well as the Exynos 2100. We also expect this system to optimize Samsung’s own “Notes” application because many of its devices now have an S-Pen.

Furthermore, there are reports that One UI 4.0 for the Samsung Galaxy S21 series will officially arrive in November or early December. There are also rumors that Samsung will announce the test plan at the Galaxy Unpacked event.

Next Nokia T20 Tablet with 10.36-inch display is in development