Micromax is gearing up to launch the much-awaited Micromax IN 2b in India on July 30 at 12 pm IST, along with other products. The Micromax In 1B and 1C successors have been floating around the rumor mill for quite some time now. The Micromax In 2B was tipped to be the first smartphone to arrive in the Indian market.

Earlier reports had already confirmed that the smartphone will be announced on July 30. A landing page for the Micromax In 2B on the company’s official website was launched before the phone went official in the country. As expected, the landing page gave us a glimpse of the upcoming device’s design and revealed some key specifications. Now, Micromax In 2b launch is just around the corner.

Micromax IN 2b, Air Funk TWS Earbuds All Set To Launch

You can watch the live stream of the launch event on Micromax’s social media handles. Co-founder of Micromax India, Rahul Sharma took to his Twitter account on July 29 to reveal that the company will be launching two “funky new products” in the audio segment. Sharma hinted that the Air Funk truly wireless earbuds. will be unveiled along the company’s NoHangPhone.

The Indian electronics company is set to release two TWS earbuds under its new Air Funk series of true wireless earbuds. Sharma gave us a glimpse of the design of the upcoming earbuds in the teaser video. There will be five color options for each model. Moreover, the company will offer two different types of charging cases. Regrettably, details about their audio capabilities are still scarce.

Micromax In 2b will reportedly feature a 6.5-inch LCD screen with HD+ screen resolution. If the Flipkart teaser is anything to go by, the phone will have a waterdrop notch and two rear-mounted cameras. Aside from that, it will feature a fingerprint sensor at the back. The phone will pack a highly competent Mali G52 GPU that offers 30 percent improved graphic performance as far as colors are concerned, First Post reported. An octa-core Unisoc T610 chipset will be powering up the phone. 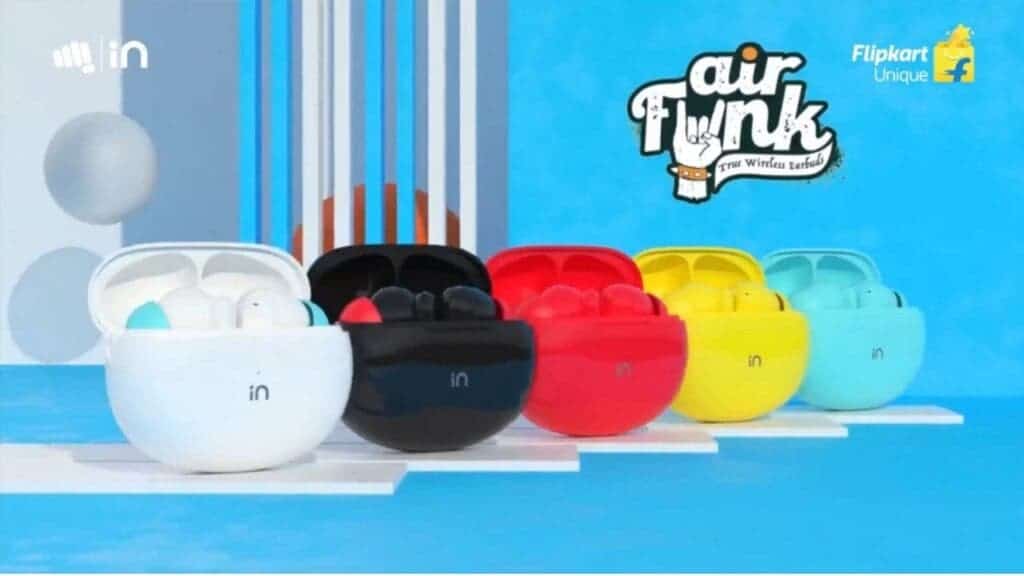 Furthermore, the Micromax In 2b is likely to ship with 4GB of RAM and 64GB of built-in storage capacity. You can use the microSD card slot to expand the onboard storage. It packs a 5,000mAh battery that supports 10W charging. This robust battery delivers an impressive talk time of 50 hours, music playback of 160 hours, and video streaming of 15 hours. The battery can last for 20 hours on a single charge while browsing the web. You can watch the live stream below.

Next Infinix Smart 5A Set To Launch In India On August 2, See Details