Infinix X1 40 Inch TV has launched in India, joining the 32-inch and 43-inch models that were launched in the country back in December 2020. Aside Infinix is set to bring the Smart 5A smartphone into the Indian market next month. Meanwhile, the Hong Kong-based company has unveiled a new model in its well-received X1 series of HD Android smart televisions.

Infinix has quite a reputation when it comes to offering innovative solutions to users’ demands and developing products that surpass consumer expectations. There have been a significant rise in content consumption over OTT (over-the-top) platforms during the last year and a half, according to IBEF. The increase in content consumption over the OTT platforms can be attributed to the availability of low-priced smart TVs. As a result, some smartphone brands have jumped in on the smart TV bandwagon.

Last year, Infinix launched two new smart TVs in India. Now, a 40-inch model is coming to the lineup. The recently unveiled smart TV adopts a highly appealing design with a negligible bezel on three sides. The bottom houses a slightly thick chin. Aside from that, the smart TV is teeming with awe-inspiring features such as built-in Chromecast, 24W box speakers, and more.

Furthermore, the Infinix X1 40-inch variant has a Full HD resolution with a peak brightness of 350 nits. Moreover, it offers HDR10 and HLG standard support. Infinix claims that the TV uses EyeCare technology to ensure the safety of the viewers’ eyes. The EyeCare technology stops harmful blue light while delivering enhanced color, contrast, sharpness, and brightness. 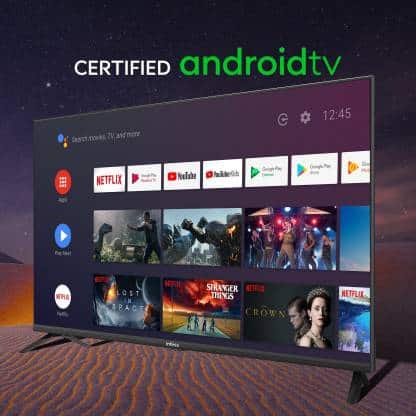 The X1 delivers superior image quality, coupled with vibrant picture quality with the help of the company’s own Epic 2.0 Image Engine. Under the hood, the smart TV packs a MediaTek MTK 6683 64-bit processor, along with a competent Mali-470 GPU. It has 1GB of RAM and 8GB of built-in storage. It runs on Android TV 9.0 OS so you can download Android apps from the Play Store. Aside from that, the smart TV supports Hotstar, DisneyPlus, YouTube, Netflix, Amazon Prime Videos, and a myriad of other OTT apps. 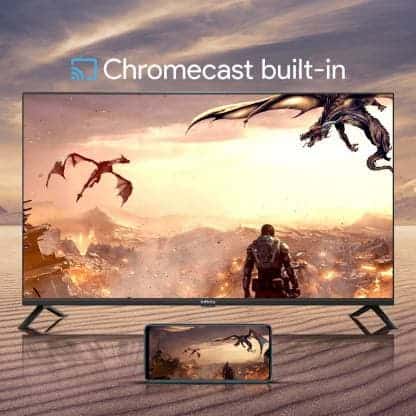 On top of that, you can wirelessly stream your content from your smartphone or laptop via the smart television’s ChromeCast built-in. The Infinix X1 features 24W speakers that support Dolby Audio and delivers an unparalleled cinematic surround sound experience. In terms of connectivity, the smart TV has multiple options such as Ethernet, two USB 2.0 ports, three HDMI ports, AV, Bluetooth 5.0, and Wi-Fi 802.11 b/g/n (2.4 GHz).