Micromax Air Funk 1 and Air Funk 1 Pro truly wireless earbuds have launched in India along with the IN 2b smartphone. This marks the brand’s foray into the Indian audio market. The earbuds market in the country has witnessed a boom over the last few months. With its latest wireless earphones, the Indian phone maker is trying to obtain a stable position in the audio space.

The Air Funk 1 is touted as the most affordable TWS earphones in the Indian market. However, its steeply-priced Pro sibling goes toe-to-toe with the Soundcore Life Note, and the Realme Buds Q2. It is barely surprising that the costlier Pro variant boasts better features, including ANC (ambient noise cancellation) than the regular Air Funk 1. Aside from that, it packs a more powerful chipset under the hood.

The Air Funk 1 will set you back INR 1,299 (about $18), while its Pro version is available for INR 2,499 (about $34). Both truly wireless earphones are slated to go up for sale in India from August 18. To get your hands on them, you can head straight to the company’s official website or Flipkart, according to Gadgets360.

The Funk 1 Pro model is powered by a Qualcomm QCC 3040 chipset. with CVC 8.0 (Clear Voice Capture) for efficient noise, and echo cancellation. As a result, the TWS earbuds can offer up to 25dB cancellation (ENC) as far as ambient noise is concerned. As if that weren’t enough, the ENC can also be enabled during calls. Furthermore, the audio product comes with Bluetooth 5.2 support, four microphones, and packs 13mm, dynamic drivers. 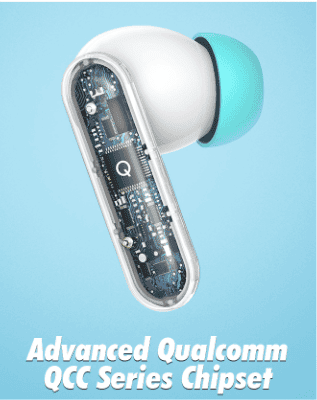 According to Micromax, its battery can last for up to 32 hours, including with the charging case. Moreover, it adopts a comfortable in-ear design and features a stem. There’s also a USB Type C charging port. The earbuds are IP44 rated for water and dust resistance. Other notable feature includes touch and music controls.

The base variant dubbed, the Air Funk 1 also sports an in-ear design. However, it doesn’t come with the stem. It has 9mm dynamic drivers, 3D stereo sound, and supports Bluetooth 5.0 connectivity. The device can last up to 20 hours including the charging case. Just like its Pro sibling, the Air Funk 1 comes with touch controls, IP44 rating, and USB C support.