The first leaks about Xiaomi’s Mi Pad 5 series started to emerge several months ago. However, many didn’t believe at all that Xiaomi was planning the return of its tablet lineup. Now, the new Mi Pad 5 series arrival is pretty much confirmed and we may get the first glimpse of the new hardware by August 10. Today, ahead of the release, Xiaomi Smart Pen has gained the required FCC certification. As per the rumors, the Smart Pen which received FCC certification will likely come bundled with the Mi Pad 5 series tablet. If you recall, Mi Pad 5 Keyboard and Stylus pen design was leaked last month by the China National Intellectual Property Administration (CNIPA) patent. 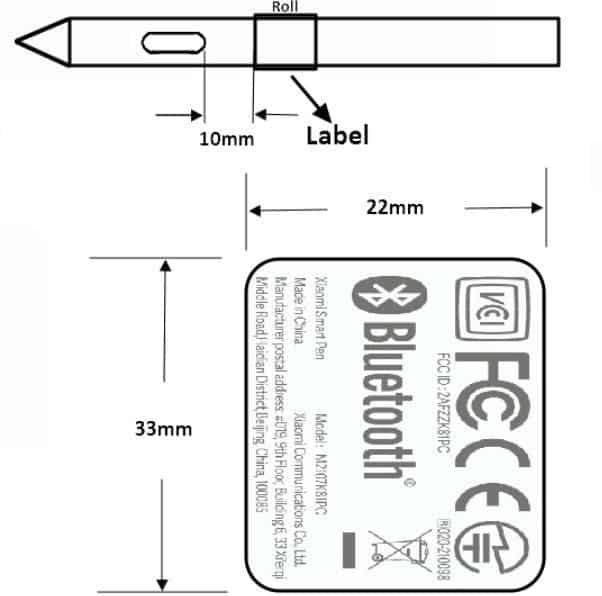 According to the FCC certification, the Xiaomi Smart Pen carries model number M2107K81PC. Interestingly, the listing also brings the schematic of the new stylus. Unfortunately, this is everything we can get from the listing right now. However, we can’t expect much from a stylus listing anyway. According to leaks, the vanilla Mi Pad 5 will come with a huge 10.95-inch IPS LCD screen. Moreover, the display will come with a 120 Hz refresh rate. In terms of software, the new tablet will still run MIUI 12.5 straight out of the box. However, Xiaomi is likely going to introduce a Mi PadOS version of its MIUI. 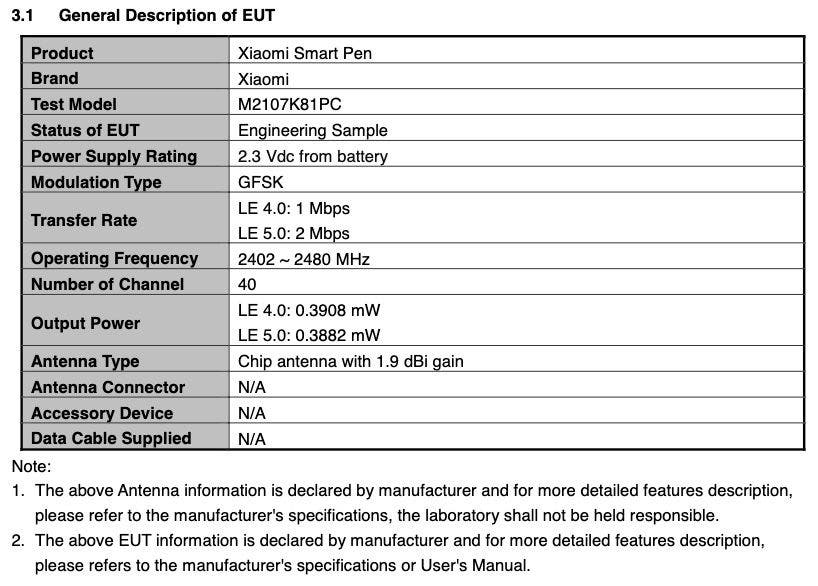 Since the stylus is called Smart Pen, we can expect it to provide “smart” features rather than being a “dumb” simple stylus. Is this Xiaomi’s take on Samsung’s S-Pen? We will find soon enough.

In terms of optics, the Mi Pad 5 will come with a dual-camera setup. The rear-facing camera module will come with a 20 MP primary camera and a 13 MP secondary lens. At the moment we can’t state the purpose of the secondary snapper. Under the hood, the new tablet is rumored to include the Qualcomm Snapdragon 870 SoC. The tablet also will pack a side-mounted fingerprint scanner which will double as a power button. The package of specifications will be powered by an 8,720 mAh battery. In terms of connectivity, the tablet will come with LTE, Wi-Fi 6, Bluetooth, GPS, a 3.5mm headphone jack, and a USB Type-C port.

According to rumors, the Mi Pad 5 series is composed of three distinct tablets. For now, we can’t confirm if this is the case here. Anyway, rumors suggest that the new tablet series will be disclosed by the end of August alongside the Chinese Mi CC 11 series. Worth noting, that we may get a brief introduction or teaser of the device in the next week as Xiaomi’s CEO Lei Jun will do his annual speech. He will bring details about future smartphones and tablets.

Next Google Pixel 6 series will be expensive - Google executive