Recently, Xiaomi officially announced that it will officially release the Xiaomi Mi MIX 4 on August 10. This smartphone will also serve as the flagship model of the second half of the year. As of now, there are no official details about this smartphone. All we have for now are just leaks and speculations. According to @DCS, the first “close to official” information of this device appeared online. This is the official GeekBench 5 running score of the Xiaomi Mi MIX 4. 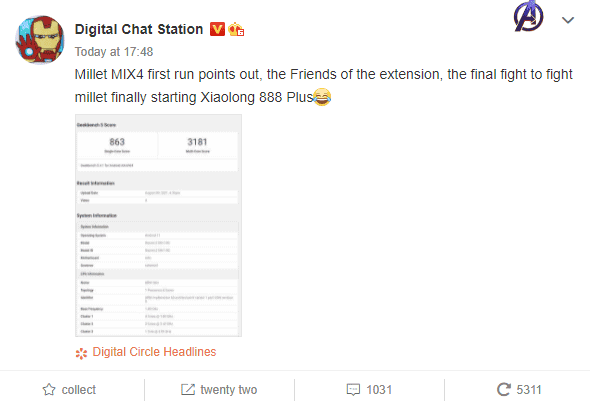 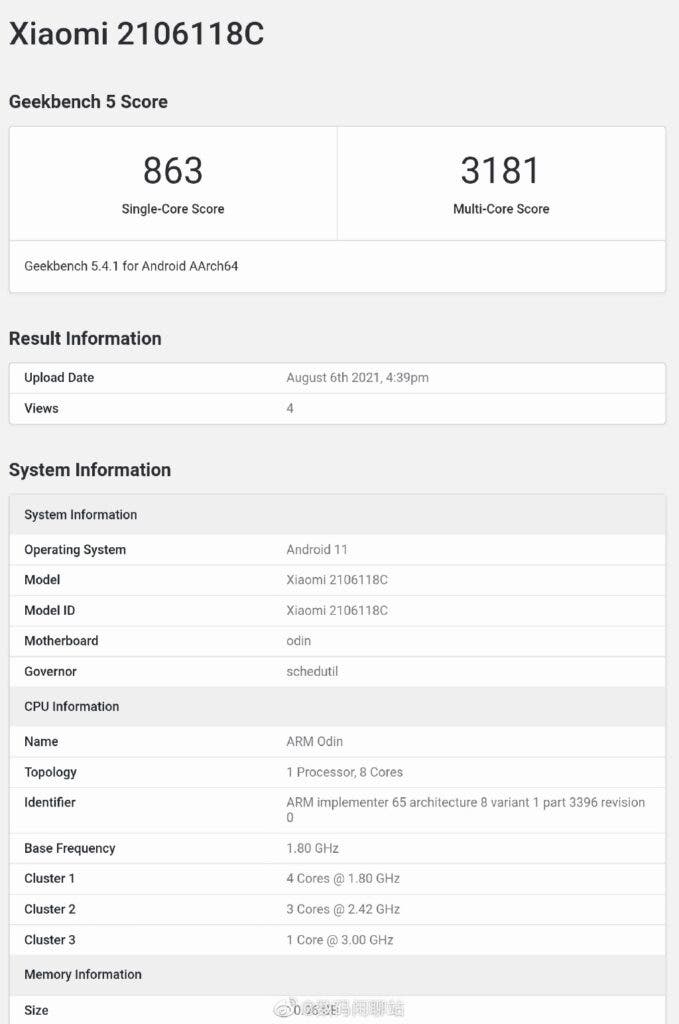 In terms of specifications, the Snapdragon 888+ is still built on the 5nm process. It uses a three-cluster architecture which includes a Cortex X1 super core, Cortex A78 large core, and Cortex A55 core. The super core CPU frequency increases from 2.84GHz (SD888) to 3.0GHz (SD888+). There are three 2.4GHz Cortex A78 and four 1.8GHz Cortex A55 energy-efficient cores. The GPU is still Adreno 660. In addition, the Qualcomm Snapdragon 888+ has greatly improved its AI performance. This chip comes with Qualcomm’s sixth-generation AI Engine engine, and its AI computing power hits 32 TOPS. This is better than Snapdragon 888’s 26TOPS.

In addition to Android’s strongest chip, previous reports reveal that the Xiaomi Mi MIX 4 will come with a storage combination of up to 12GB + 256GB. This is a top specification among the current mainstream flagships, and its performance is in the top echelon of the industry.