We’re in August and the Galaxy Unpacked event is back with many new products. While the lights are headed to the new Z Flip and Galaxy Z Fold3 smartphones, Samsung also introduced a bunch of new wearables for its dominant Galaxy Watch series. The company introduced today the Galaxy Watch4 and Galaxy Watch4 Classic bringing many improvements over their predecessors. For instance, they come with a 5nm chipset and are also the first Galaxy Watches to run Google’s WearOS. Obviously, we have a cover of One UI 3.5 Watch running on top. without further ado, let’s dive into the Galaxy Watch4 series.

The new Samsung Galaxy Watch4 arrives as a sportier, modern, and sleek option. It features a rubber band and what Samsung calls Digital Bezel. The Galaxy Watch4, on the other hand, sports a classic look featuring a stainless steel body and a rotating bezel. Apart from these two main differences, both Watches are basically the same in terms of specifications. 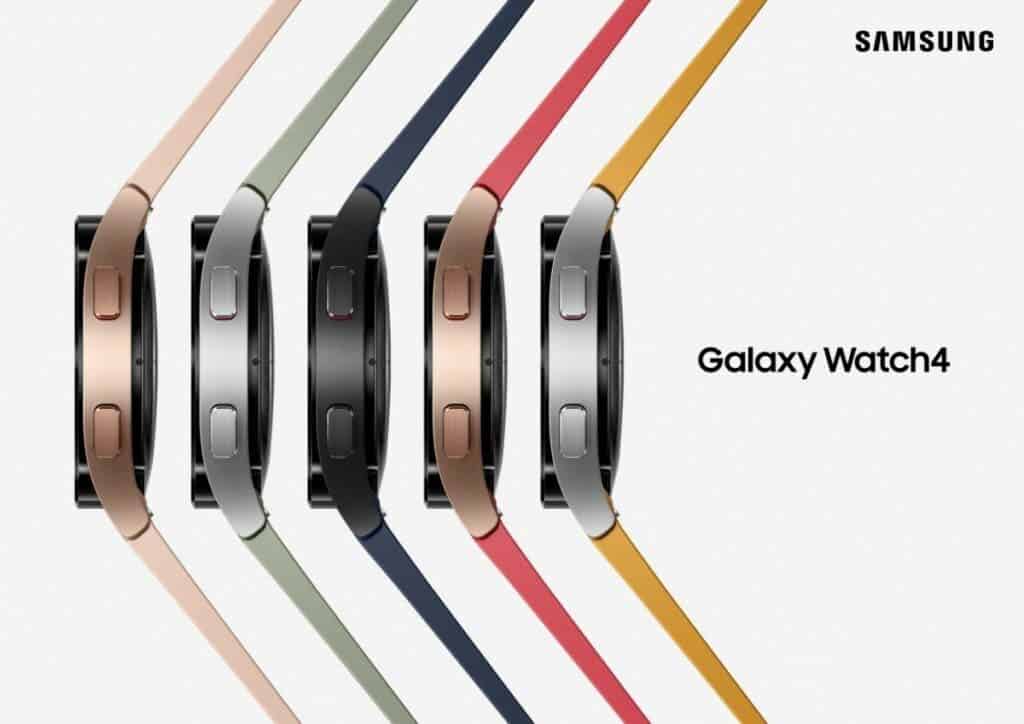 The Galaxy Watch4 comes in 44mm and 40mm sizes. These options come with 1.36-inch and 1.19 AMOLED screens respectively. The pixel density is 330PPI and the resolution is 396 x 396 for both models, so you can expect content to be always crisp. 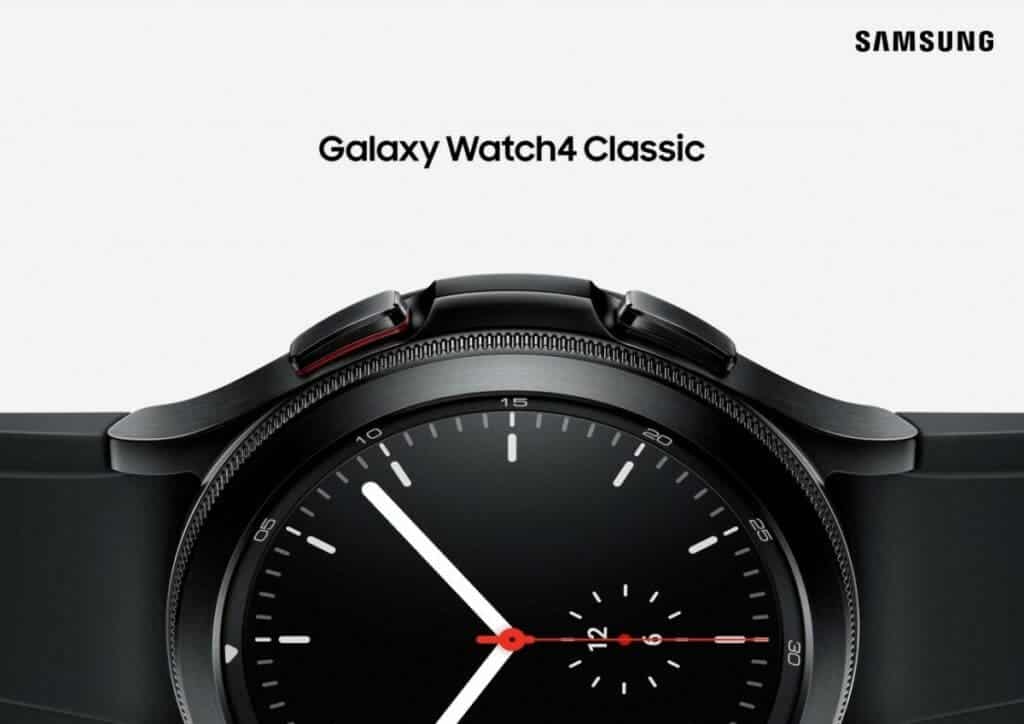 According to Samsung, the focus of the Galaxy Watch4 series is clearly to become a health companion for most users. There are many new features that focus on health-conscious people. For instance, the device comes with a redesigned 3-in-1 sensor. The bioactive sensor on the back is capable of measuring PPG which detects volume and blood flow. There is also an ECG function and BIA which reads body composition. 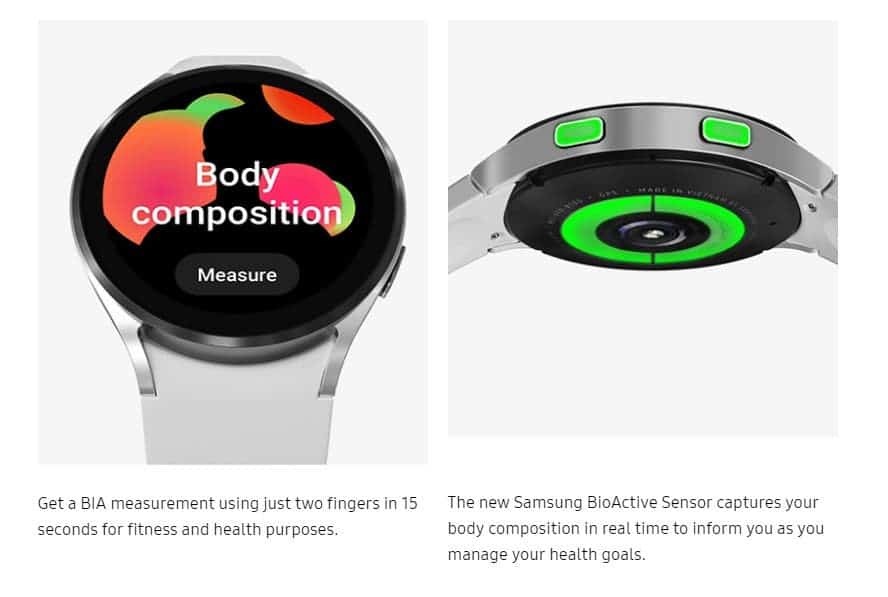 The bioactive sensors read all three and actually gathers info from electrodes for ECG and body composition in the silver rim around the scanner and o the two side-mounted keys. The feature is ironed and will not compromise the device’s performance.

The new wearables mark Samsung’s entrance in the world of WearOS. In fact, Samsung has worked alongside Google to develop the next WearOS version. The company is confident enough that of its new WearOS-based One UI Watch platform and leaves TizenOS behind. Thanks to the new Operating System, the wearables can track more than 100 different fitness activities. Some of them can be extended to a Samsung TV to make the activities even more immersive. 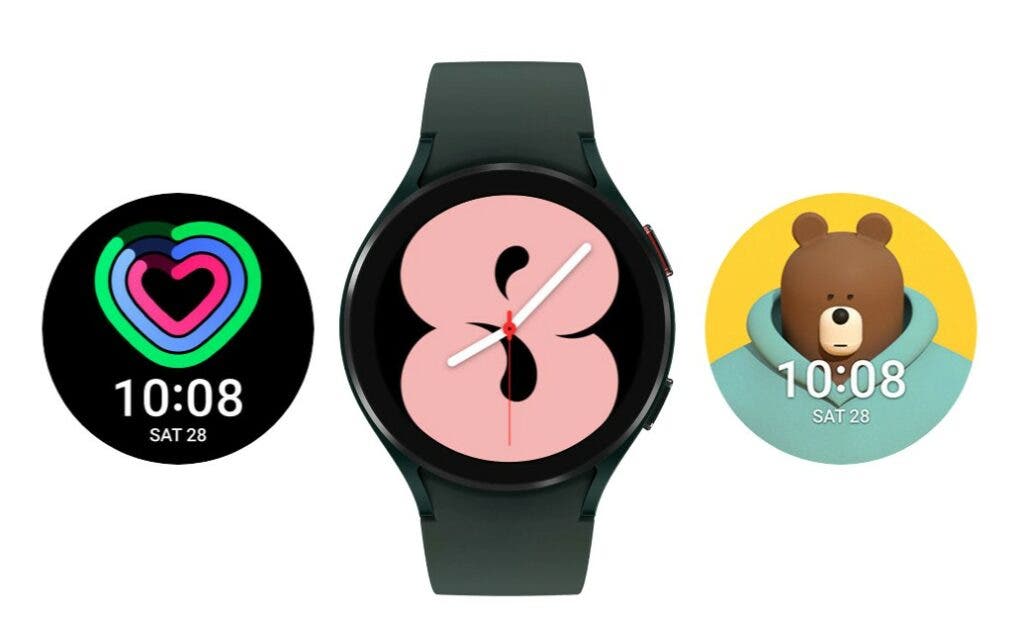 The new OS also improves the sleep management feature. There is snoring detection, continuous blood, and oxygen tracking while sleeping. Users can also benefit from both Samsung Apps and Google Core Apps like Maps for example. Even some third-party platforms will support the Watch. 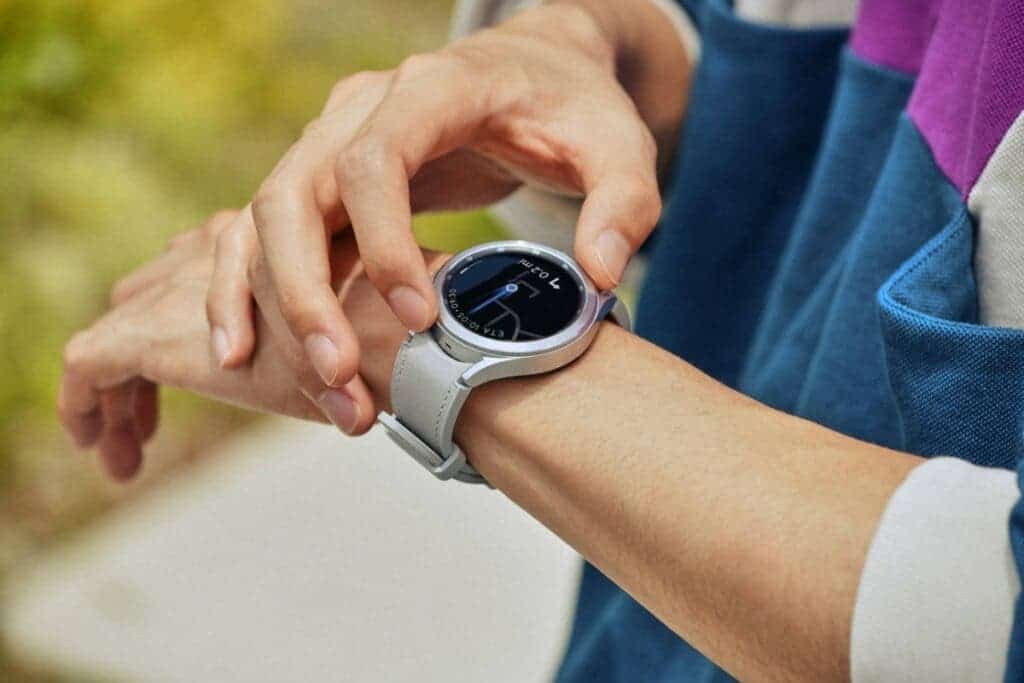 As for the features, the new OS can sync DND mode, blocked callers, and important alarms from your phone. If the app is installed on the handset and it is compatible with the Watch, Samsung will automatically install it on the wearable as well. The OS also brings many gestures. You can nod your wrist to confirm calls, shake to dismiss it, or knock-knock motion for a configured feature.

Under the hood, the new Galaxy Watch4 series comes with an Exynos W920. This System-on-Chip is built on Samsung’s 5nm architecture. It features a 4G LTE Cat.4 modem and has a dedicated core for Always-On display. The chip is paired with 1.5 GB RAM and 16 GB of Internal Storage.

The battery capacity is 361 mAh for the bigger model and 247 mAh for the smaller one. The devices can offer up to 40 hours on a single charge. According to Samsung, fast charging will ensure the battery to go from flat to 100% in less than two hours.

The Galaxy Watch4 will come in Black and Silver colorways for all variants. However, the 44mm has an exclusive Green color, while the smaller 40mm will come in Pink Gold. The starting price is €269/£249, for the Bluetooth-only 40mm watch.

As far as the Watch4 Classic is concerned it comes in Black or Silver. For the Bluetooth-only variants, the price will start at €369/£359.

All wearables will be available from August 27 in Europe.

Next Samsung Galaxy Buds2 launched with ANC and two-way speakers