Huawei has since released its own operating system, HarmonyOS. Earlier this year, the company started releasing this update for its smartphones. The plan of the company is to ensure that all its devices get this system. This means that we will have little or no Huawei smartphones using the Android system. The interesting part of this is that hundreds of millions of Huawei users are very enthusiastic about this OS. Today, the company took to its Weibo handle to announce that a new round of upgrades to HarmonyOS 2 is coming. This time, Huawei’s nova 5i and nova 4e models will start public testing today. 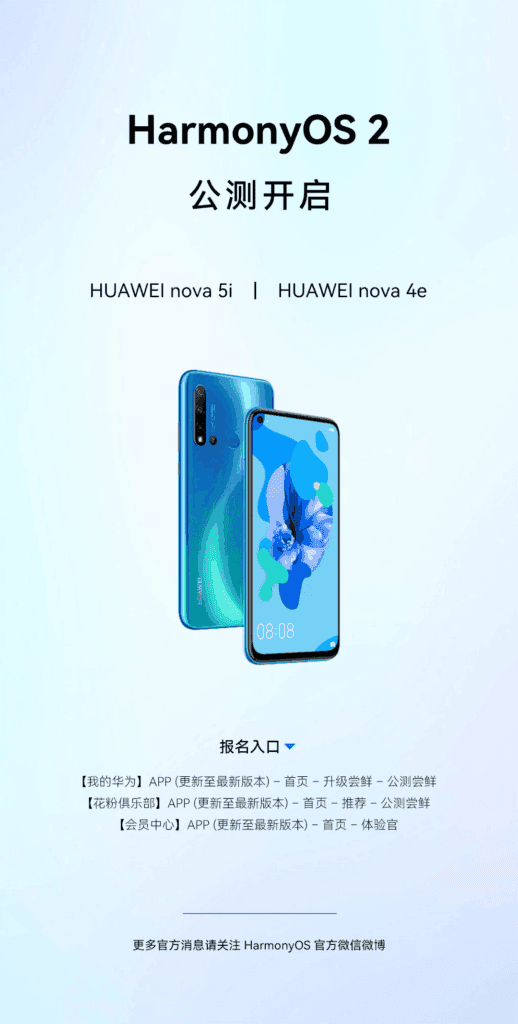 How to register (multiple options)

It is important to note that irrespective of the app that you choose to use, you must first update the application to the latest version.

We know that this internal beta is a test version (development version) of the HarmonyOS 2. It is designed to allow users to try out new software features in advance and provide feedback, assist R&D engineers to find and fix software problems. This will eventually improve the quality, usability, and ease of use of the version. After this, the company will then release the official stable version for all users.

Since the public beta version is still in the development stage, its operating effect may not be as ideal as the official commercial version. For example, some applications (including third-party applications) may be unstable or incompatible, which affects the user experience. Therefore, please carefully consider whether to try it in advance. In addition, ensure that the smartphone has up to 10GB of internal storage space before attempting the HarmonyOS 2 upgrade. This will avoid the risk of a possible inability to upgrade due to lack of space. 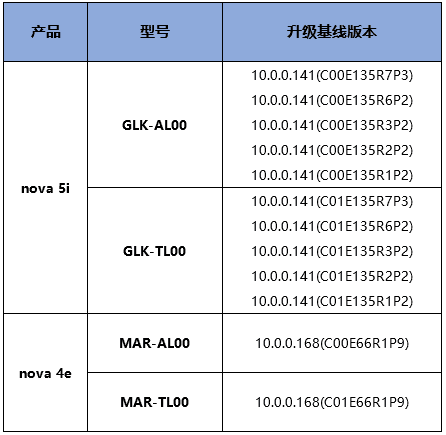 At the Huawei P50 press conference held at the end of July, Yu Chengdong, President of Huawei’s consumer business, said that Huawei’s HarmonyOS 2 users have exceeded 40 million, and an average of 8 users are upgrading every second. According to reports, as of August 6, Huawei’s HarmonyOS upgrade users exceed 50 million.

Huawei HarmonyOS is a microkernel operating system for all scenarios. This operating system officially hit the road at the Huawei Developer Conference in Dongguan back in August 2019. The system realizes modular coupling, can be flexibly deployed corresponding to different devices and can be used for various devices such as mobile phones, tablets, PCs, and automobiles. It is a universal system that can connect all devices in series.