The latest Ulefone Power Armor 13 has been on sale for some time now and it’s become very popular in rugged phone category. Today, in order to better showcase the Power Armor 13, the brand has released several videos one after another. These include a video about performance testing, as well as a teardown video; let’s have a look!

This time, Ulefone decided to post a performance testing video going against the iPhone 12; a smartphone running one of the smoothest operating systems around. Ulefone mainly compared two aspects: app opening speed test and gaming test. In these tests, some apps startup time wasn’t bad compared to iPhone 12’s; meanwhile the frame rate fluency is comparable to iPhone 12 when playing games.

Going into the teardown video, we can clearly see that the card slot is in the upper left of the phone side and it can be opened with a SIM pin.

The Ulefone Power Armor 13 sides are covered by a metal frame. After the back cover is dismantled, there is a waterproof rubber ring to prevent the phone from getting damaged during water immersion. The speaker is also waterproof and the battery protection steel plate is in the middle.

As for the camera system, the smartphone features a quad camera array comprised of a 48MP main camera, a 8MP wide angle camera, a 2MP macro lens and a 2MP depth sensor; along with 5 high light LED flashes on the side. 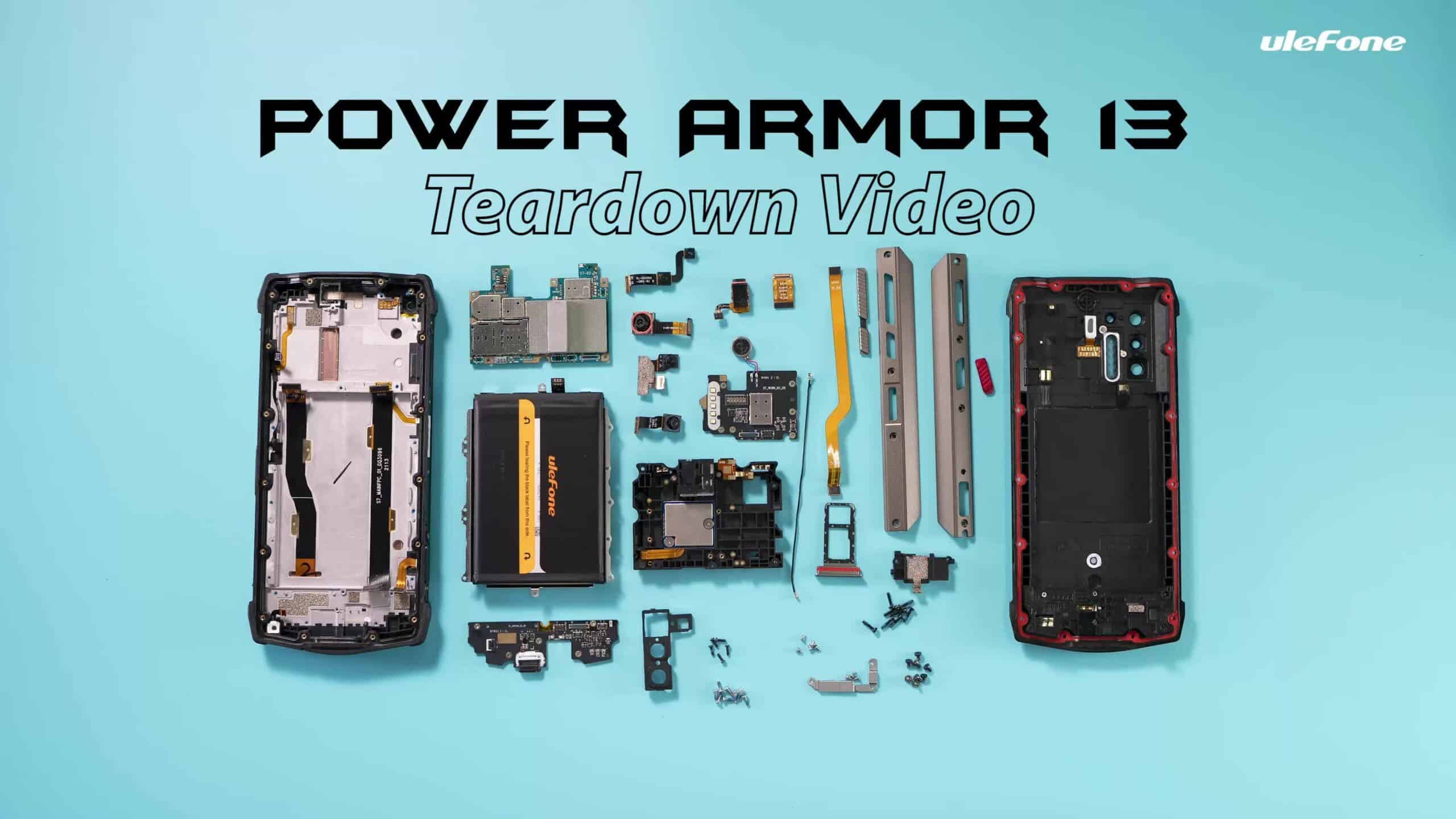 Continuing with the teardown we see a board for Wireless Charging and NFC, infrared distance measure module and lens; along with a 13200mAh battery.

That concludes the tour inside the best rugged phone ever launched by Ulefone.

Let’s quickly remind you that the Ulefone Power Armor 13 now is on a special sale, you can either buy it from its official website or official AliExpress store.