Today, Amazon launched a new website to communicate with sellers. It seems nothing strange with this statement. But the truth is that the company has done this to go on the offensive against Congress’ antitrust tech bills.

The site allows sellers to register to obtain more information about antitrust legislation from Amazon’s public policy team. In June of this year, the U.S. House of Representatives Judiciary Committee passed six antitrust measures. Most of them are aimed at curbing technology giants such as Amazon, Google, Apple, and Facebook.

Amazon stated on the website that after registration, sellers will also have the opportunity to communicate directly with specific officials on these bills. The company said: ‘We look forward to keeping you informed as we get more information about what this legislation could mean for you and providing you the opportunity to have your voice heard. We will also share ways we can work together to ensure Amazon remains a great place for our seller community.’

An Amazon spokesperson confirmed the authenticity of the site. The spokesperson said in a statement: ‘Sellers are asking for information about these bills. We want to help the hundreds of thousands of third-party sellers on Amazon stay informed about the legislation and how it could impact their ability to sell their products.’

So, Is It A Monopoly?

A few days ago, Amazon had sent emails about this legislation to specific sellers. In the email, representatives of Amazon’s public policy team requested to schedule a conference call to discuss the bills. 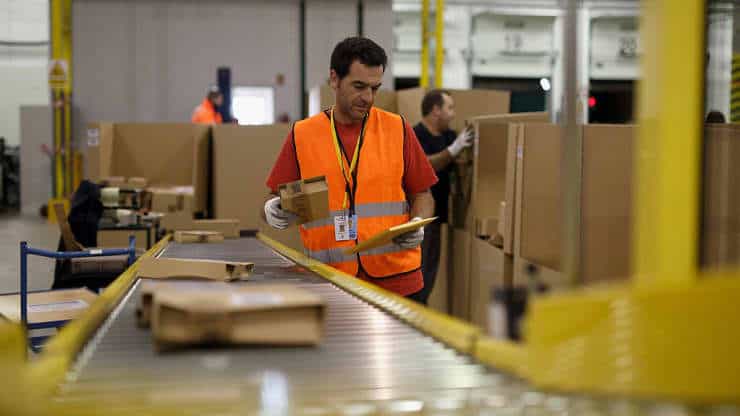 Among these antitrust bills passed by the House of Representatives, one of the most comprehensive reform bills is the Ending Platform Monopolies Act, which may directly affect Amazon. It will allow federal regulators to file lawsuits to spin off some companies. It includes companies that operate a dominant platform. Also, it includes companies that own or operate businesses that have obvious conflicts of interest.

Amazon operates a huge market that provides services to millions of third-party sellers. But it also competes with these merchants through its own brands. The scale of this market has surpassed its own retail business and helped the company expand other sources of revenue, such as fulfillment services and advertising.

Amazon tried to show that antitrust laws may deprive them of access to Amazon customers and services. If implemented in the current form, it will lead to a decline in their business income.

The company’s vice president of customer trust and partner support, Dharesh Mehta, said in an email to sellers today: ‘Amazon’s public policy team is working with members of Congress and their staffs to ensure that concerns about how these bills would impact our selling partners are heard.’