Recently, Xiaomi started to tease the arrival of its Mi Band 6 OLED smart band in the Indian market. The new product will be disclosed in India on August 26th. In addition to the Indian market, it seems that Xiaomi is gearing up to introduce a new version of the sixth-generation Mi Band series in the European market. For those unaware, the Mi Band 6 was released back in March 2021. However, no foreign market has ever received the Mi Band 6 NFC variant. This will change soon.

So far, the two models in the Mi Band 6 series differ only in terms of NFC connectivity. It’s not new behavior, and Xiaomi has often staggered the release of the higher model of every new Mi Band generation. The Mi Smart Band 4 NFC took about a year for it to be unveiled globally, after the release of the non-NFC variant. 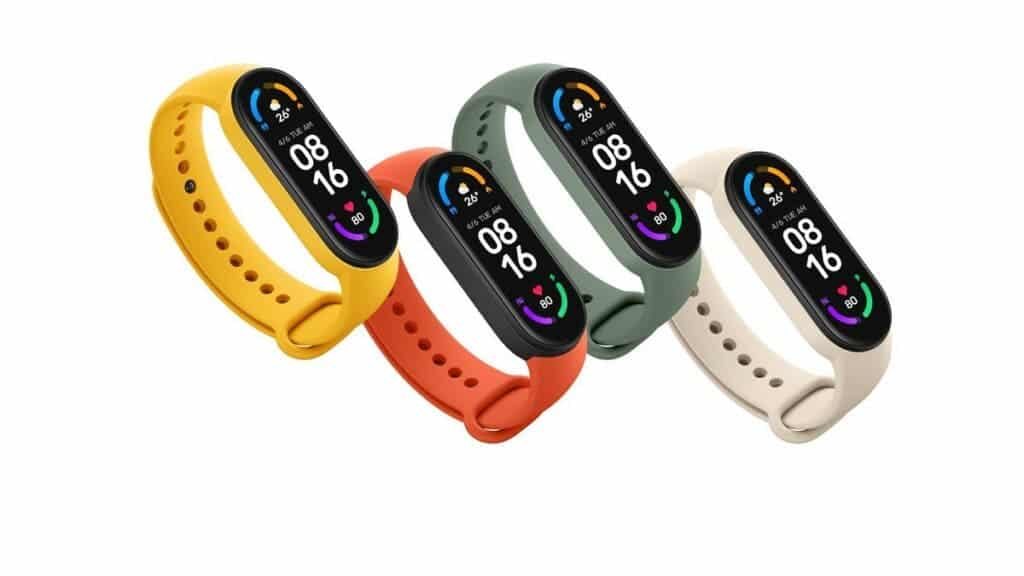 For those unaware, the sixth generation of the Mi Band series brings important upgrades over the last-gen. For instance, it packs a large 1.56-inch AMOLED screen which is bright and power-efficient. According to the company, with this screen, the band can offer up to 14 days of battery life on a single charge. In addition to the long-standing battery life, the device also comes with up to 30 sports modes. Moreover, it can auto-detect six activities like walking, running, indoor treadmill, and cycling.

Other features include 24 x 7 blood pressure monitoring, blood oxygen (SpO2), heart-rate monitoring, and sleep tracking. Interestingly, the new wearable comes with features like allowing you to answer messages with pre-existent answers. Users can even configure it to work with apps like WhatsApp or Telegram. The wearable has a 125 mAh battery and Xiaomi promises up to 14 days of battery life.

The NFC availability here is a plus for this variant since it can be used for cashless payments. The Mi Smart Band 4 NFC, had support for Mastercard bank cards, we expect this to be expanded with the new Mi Band 6 NFC. As for the pricing, the Mi Band 6 NFC will be priced higher at $44 on Amazon. We expect the Mi Band 6 NFC to be slightly more expensive due to the gamma of new features it will bring.