Over the past few days, we have had a couple of reports regarding the upcoming Redmi 10 Prime. The latest report on this smartphone is that it now has Bluetooth SIG certification. This means that this smartphone will be official in no distant time. The report points out that the Redmi 10 model number is 21061119BI and it will be available in the Indian market. It is worth noting that multiple models appeared on the Bluetooth SIG website, including 21061119AG, 21061119AL, and 21061119DG. This seems to imply that there will be multiple versions in the Redmi 10 series. 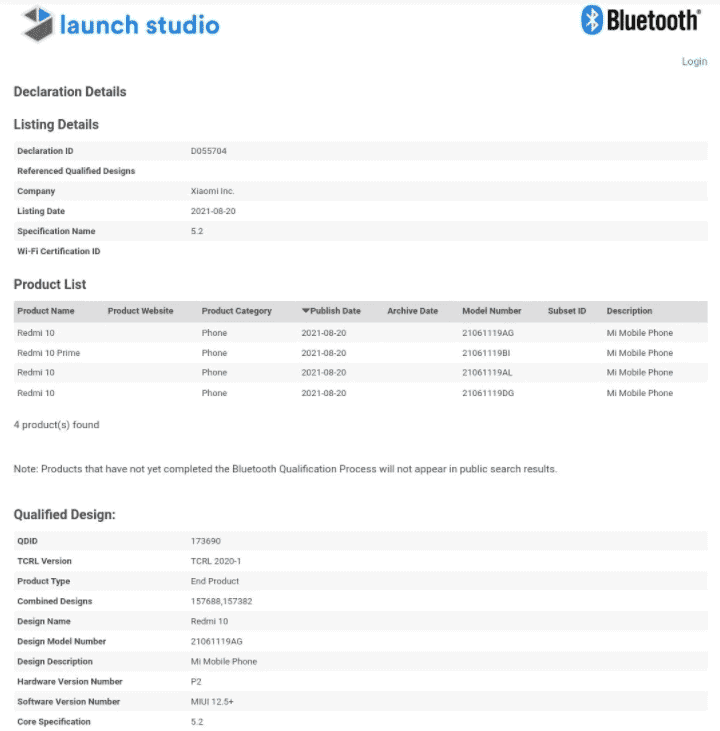 The Redmi 10 Prime will come with a 6.5-inch Full HD+ LCD screen with a 90Hz AdaptiveSync refresh rate. This means that the display can dynamically switch between 45, 60, and 90 Hz refresh rates. Everything depends on the content which is been shown on the screen. The display has a centered punch-hole comprising the selfie snapper.