Samsung has pretty much revolutionized its smartphone business back in 2019 with the Galaxy A-series and M-series arrival. The company brought some specs and characteristics that could be only found on its premium Galaxy S devices to the mid-range and even to the entry-level segments. This year, after consolidating its mid-range smartphone series, the company is giving a step further.

Samsung Galaxy A13 5G is already in development

The Korean firm is finally adding 5G to its mid-range smartphones. It has started with the Galaxy A52 5G, and more recently the company introduced the Galaxy A22 5G for those who want a 5G smartphone but can’t pay too much for it. Now, the company wants to make 5G even more accessible and that is coming soon in the form of a new entry-level device dubbed Galaxy A13 5G.

Unfortunately, not much is known about the specifications of the Samsung Galaxy A13 5G. Samsung hasn’t been putting much attention to its Galaxy A1x-series lately. Instead, it has been bringing more affordable devices under the Galaxy A0 series. However, if the report is accurate, the Galaxy A13 5G can be an exciting device for users who want a Samsung smartphone with a 5G handset but that can pay the price of a Galaxy A22 5G or beyond.  According to the report, the new smartphone will carry model number SM-A136B and will come with pricing under $236.

For those unaware, the Galaxy A12 was introduced in December 2020. So there is a strong chance that its direct successor will debut in the last quarter of this year. To recall, the Galaxy A12 has modest specifications such as an LCD screen with 6.5-inches and HD+ resolution. Under the hood, it has an Helio P35 chipset and up to 6 GB of RAM with up to 128 GB of Internal Storage. Lights are kept by a 5,000 mAh battery with 15W fast-chargin support. Samsung will probably pair the newer model with a Dimensity 700 SoC. 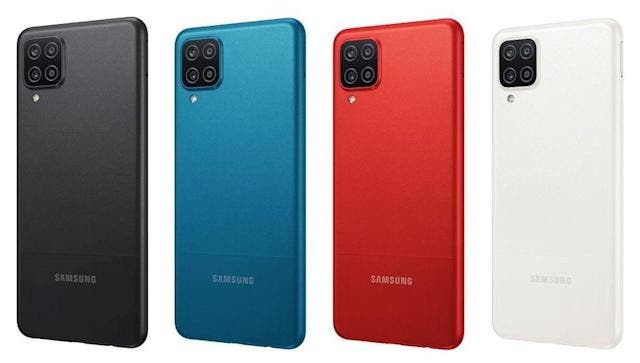 In terms of optics, the Galaxy A12 has a 48 MP primary camera. The setup also has a 5 MP ultrawide lens, a 2 MP macro camera, and a 2 MP depth-sensing module. The A13 5G shouldn’t make big upgrades in the camera department as well.

We expect more details to keep popping out in the coming weeks, and possibly months. After all, Samsung smartphones are leaking a long time ahead of their releases.

Next China now has almost 1 million 5G base stations