Back in June this year, OPPO has introduced its Oppo Reno6 series in China. The company then moved on to expand availability to the Indian market in the middle of June. An entire August has passed and the company didn’t bring Oppo Reno6 series to other regions. Now, this will change as the company is preparing for another expansion. Apparently, the new premium mid-range smartphones will be released in Europe as well as the Middle East and Africa region (MEA) about a week from now.

Currently, the Oppo Reno6 Pro 5G is the one being advertised the most in the UAE. The device is already in the hands of several local influencers:

In Egypt, the Oppo Reno6 (4G) and Oppo reno6 5G are already in a pre-order stage that will last from today until September 4. The Reno6 5G is also up on Oppo’s Kenya website. There the new premium devices will go official on September 6. Here’s a teaser video talking of the Bokeh Flare Portrait mode:

In addition to the African countries, the handset is also being teased on the Oppo Germany and France sub-sites right now with a big unveiling set for September 9. Interestingly, the teaser page mentions the MediaTek Dimensity 900 SoC. This platform is present in the vanilla Oppo Reno6 5G. However, there are mentions for the “Oppo Reno6 5G series”. Therefore, the Pro variant may also be present there. The big uncertainty is the Oppo Reno6 Pro+ which turns out to be a flagship and is more expensive than the other two devices.

The Oppo Reno 6 features a 6.43-inch FHD+ AMOLED display with a refresh rate of 90Hz. It packs a MediaTek Dimensity 900 SoC and ships with up to 12GB of RAM. The phone offers up to 256GB of internal storage capacity. Furthermore, it runs Android 11 OS with ColorOS 11 on top.

On the photography front, the Reno 6 houses a triple camera layout with a 64MP camera, along with a 32MP snapper embedded inside the punch-hole cutout upfront. Moreover, the device draws its juices from a 4,300mAh battery that supports 65W fast charging. It supports biometrics authentication through an in-display fingerprint reader. 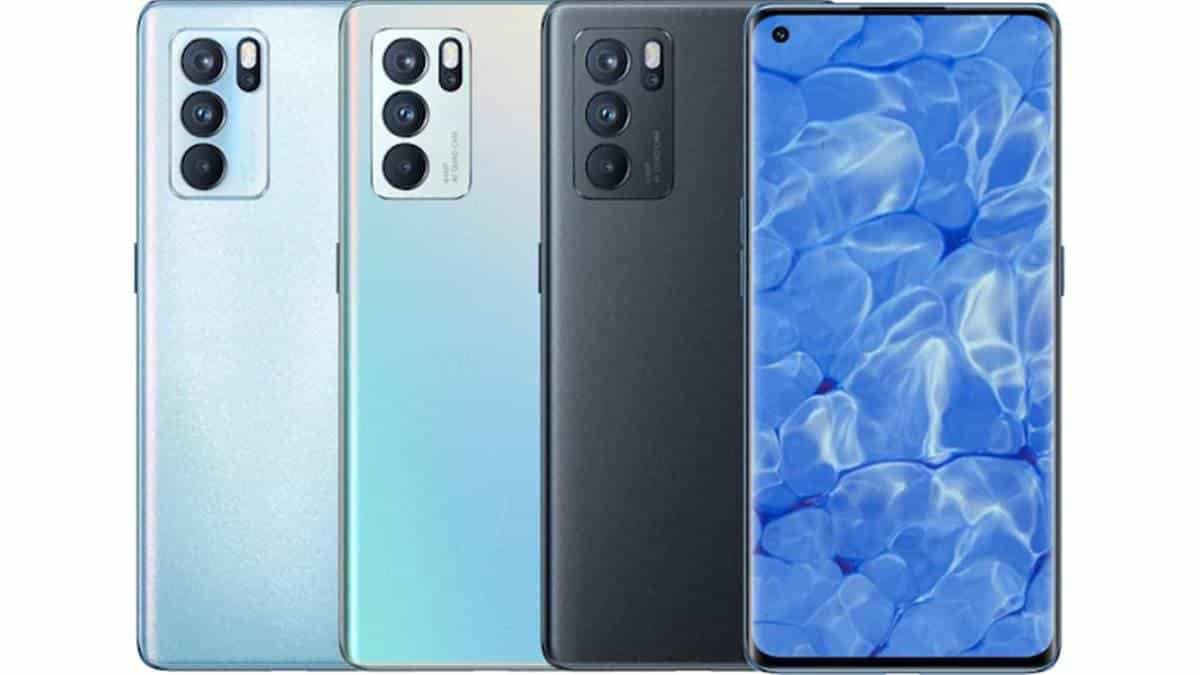 The Oppo Reno 6 Pro has a slightly larger 6.55-inch FHD+ AMOLED display with a refresh rate of 90Hz. It packs a MediaTek Dimensity 1200 SoC, paired with 12GB of RAM and a hefty 256GB of onboard storage capacity. The phone’s software and camera configurations are the same as the standard model. On top of that, it features a larger 4,500mAh battery with 65W fast charging support. Both models come with 5G connectivity support.

Next Top 10 Smartphones for Media Consumption #6