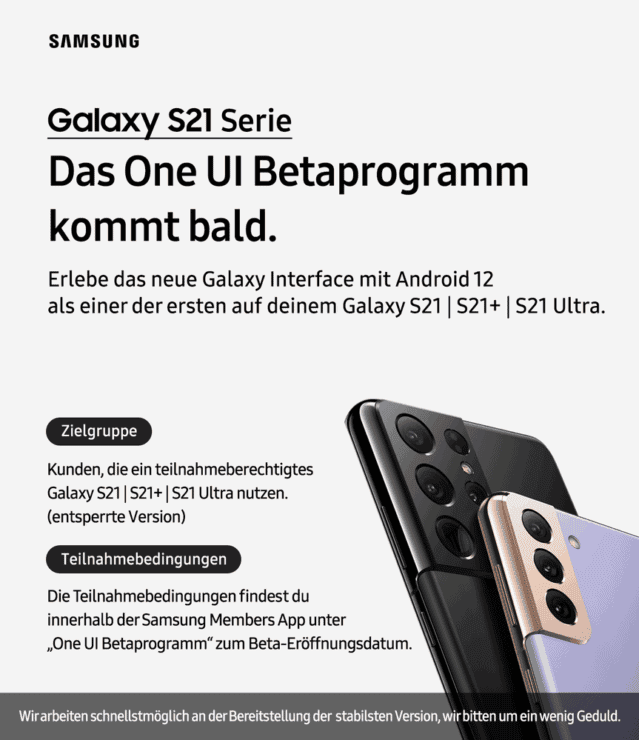 According to Samsung’s previous releases, the Beta version of the new system will start with the latest models. The latest model is the Samsung Galaxy S21 series. After this series, we expect the Samsung Galaxy S20 as well as the Galaxy Note 20 series to get the update. However, for the new Galaxy Z series foldable smartphones, there is currently no new news regarding their One UI 4.0 update.

Samsung has previously announced in South Korea that it will start the One UI 4.0 test for the S21 series. For the upcoming Android 12 major version update, Samsung’s official App has begun to adapt to Android 12. Prior to this, the Samsung Galaxy S21 Ultra 5G mobile phone running Android 12 was tested on Geekbench.