Samsung is rumored to launch a new device for its F-series in India. So far, we have been speculating this new Galaxy F42 5G as a rebranded Galaxy A22 5G. But that wouldn’t make much sense as Samsung already has the Galaxy A22 5G available in India. Well, apparently, we finally got our answer today thanks to a new release in the South Korean market. Samsung is known for bringing unique smartphones to its domestic markets, and today it decided to introduce a new entry-level smartphone with 5G connectivity dubbed Galaxy Wide 5.

The Galaxy Wide 5 shares some similarities with the Galaxy A22 5G like the Dimensity 700 SoC, but has an upgraded display with a higher resolution. The device has a huge battery and a good amount of RAM and Storage. Without further ado, let’s dive into this device’s specifications.

The Samsung Galaxy Wide 5 flaunts a 6.5-inch IPS LCD screen which offers Full HD+ resolution. The screen is better than the one on the Galaxy A22 5G which boasts only HD+ resolution and is a TFT panel. Unfortunately, the Wide comes with only a 60 Hz refresh rate. It has a waterdrop notch housing an 8 MP selfie snapper.

Under the hood, the smartphone is running with the MediaTek Dimensity 700 SoC. This chipset is already familiar for those following the budget 5G segment. The chip isn’t a powerhouse but gets the job done and more importantly brings 5G connectivity at a low price. In addition, it is paired with up to 6 GB of RAM and up to 128 GB of Internal Storage. 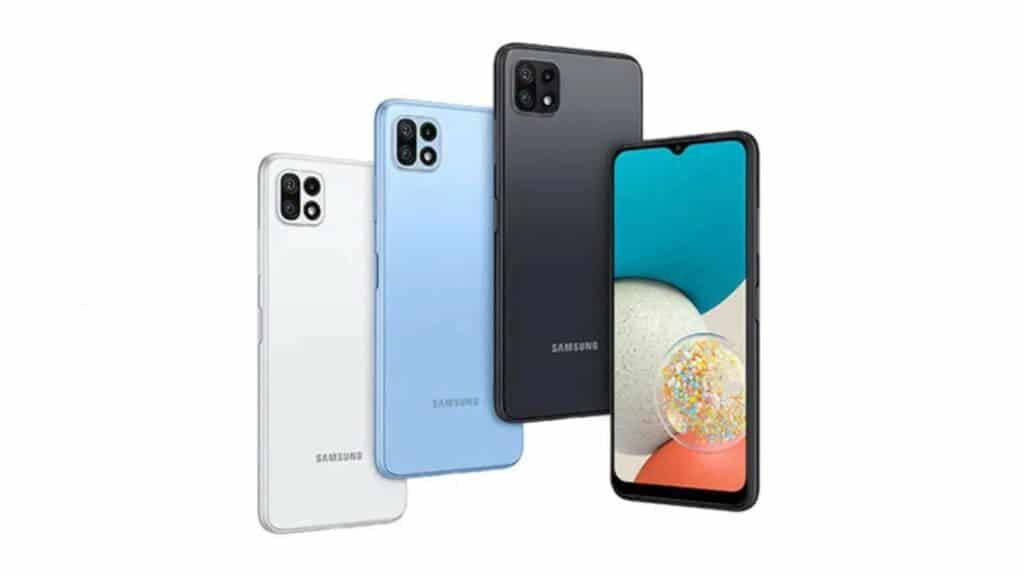 So running everyday tasks will be a simple task for this device. Moreover, it promises a long endurance with a huge 5,000 mAh battery. Also, in case you need more storage, the device also has micro SD card support for extra storage expansion by up to 1 TB.

As for the imaging purpose, the Galaxy  Wide 5 features a triple-camera setup. The rear camera module consists of a 64 MP primary camera, a 5 MP ultrawide camera, and a 2 MP depth sensor. The 64 MP certainly is a plus on a budget device like this one and makes sense on a possible Galaxy F42 5G rebranding. After all, the F-series is commonly associated with camera lovers. The device has a USB C port with 15 W fast-charging and runs Android 11 based One UI 3.1.

The device may hit India as Galaxy F42 5G

The Galaxy Wide 5 possesses the model number as the SME426S on the SK Telecom website. This very same device was spotted with a similar model number SM-E426B/DS on the Samsung India website. It also appeared on the Google Play Console listing. Based on this, we can suppose that the GalaxyF42 5G is a rebranded Galaxy Wide 5, not a Galaxy A22 5G.