The market of low-end smartphones is starting to get a new identity this year, and apparently, Unisoc is being a catalyst of this. The Chinese chipset maker is growing in popularity thanks to a wave of new smartphones coming with Unisoc chips. Based on this, we believe that the Chinese chipmaker will soon become one of the most relevant manufacturers in the market, and more options are always welcome. Apparently, a new entry-level smartphone featuring Unisoc chipset is coming from Motorola. The Moto E40 has surfaced on the Geekbench website confirming some of its specifications. 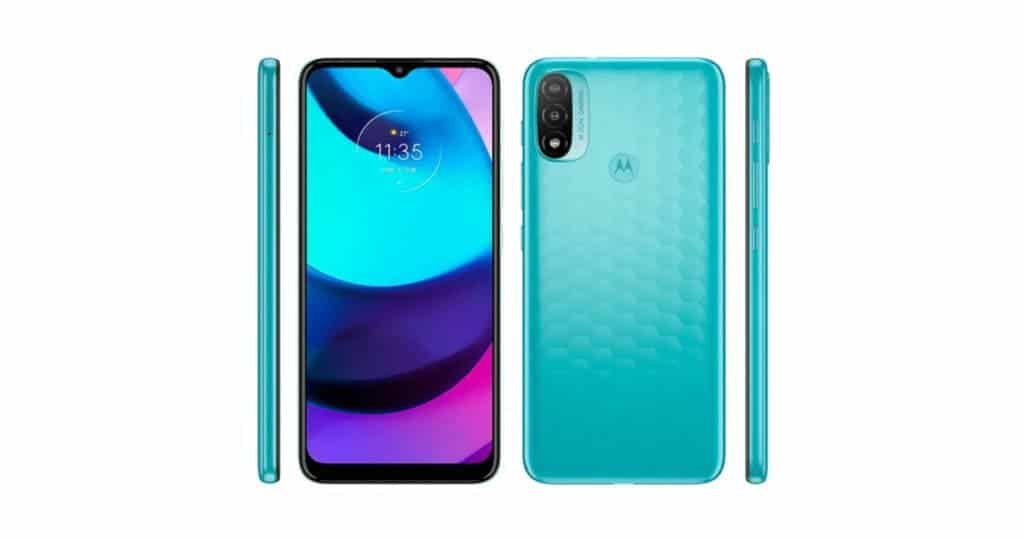 Moto E30 specifications were already revealed by Geekbench a few days ago, now another device from E-series, the Moto E40 is passing by Geekbench. Interestingly, this handset already passed through NBTC, FCC, and TUV certification websites. Therefore, we can expect its launch to happen really soon.

Going by the Geekbench listing, the new Moto E40 will be powered by an Octa-Core 1.8 GHz Unisoc chipset. Based in our experience, we assume that it’s the Unisoc T610 SoC. This platform has two ARM Cortex-A75 cores operating at 1.8 GHz plus six power-efficient ARM Cortex-A55 cores at the very same 1.8 GHz clock speed. The phone managed to pull off 352 points in the single-core tests, and 1,352 in the multi-core department.

In addition to the Unisoc platform, the phone has 4 GB of RAM and runs Android 11 straight out of the box. However, the latest available Android OS is hardly a surprise at this point. 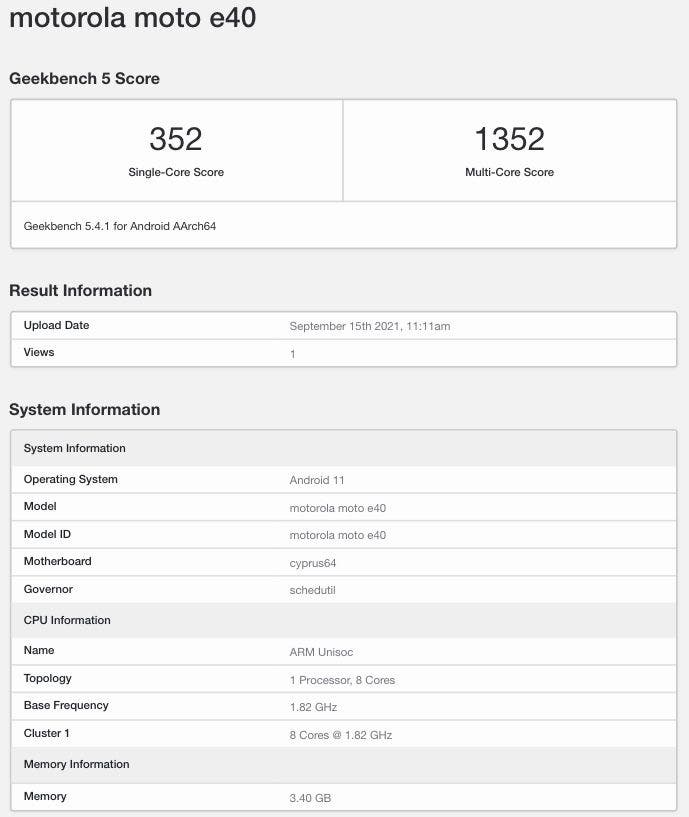 As per TUV certification, the device draws powers from a 5,000 mAh battery and will have just 10W charging support. The device also gained the W-Fi Alliance certification recently, which also confirmed Android 11.

The remaining specifications of the Moto E40 such as display size, camera specs, design are still unknown. Moreover, Motorola is yet to shed some light on this smartphone. However, we expect more to appear soon. After all, the company has just released the Moto E20 smartphone today.

Previous iOS 15 launches on September 20: Check here if your device is eligible