Samsung unleashed the Galaxy S21 series much earlier than usual in January 2021. Therefore, we now expect their respective 2022 sequels – Galaxy S22 series – to come in the same month next year. That said, we’re less than five months away from seeing the new flagship contenders. In this world of leaks, it’s a decent time to have the first details about the new handsets popping out.

Recently, the tipster Ice Universe, which is very reliable when it comes to Samsung Galaxy smartphones, leaked some interesting info about the Galaxy S22 Ultra. According to him, the top-of-the-line variant in the Galaxy S22 Ultra lineup will come with 45 W fast-charging which is a major step back over the Galaxy S21 Ultra (25W), and a return to the Galaxy S20 Ultra (45W) fast-charging capabilities. Still, it’s not the most ground-breaking amount for those used to the insane speeds pushed by a Chinese gang.

Besides the Galaxy S22 Ultra, it seems that the Galaxy S22 Plus will also support the same charging speed. The big problem is that you’ll have to shell out more money for the actual charger. After all, despite the company’s mocking campaign after iPhone charger removal, the company followed Apple in its chargerless utopia. Even paying a hefty amount of money for a flagship, users will need to pay more for a charger with the supported speeds. 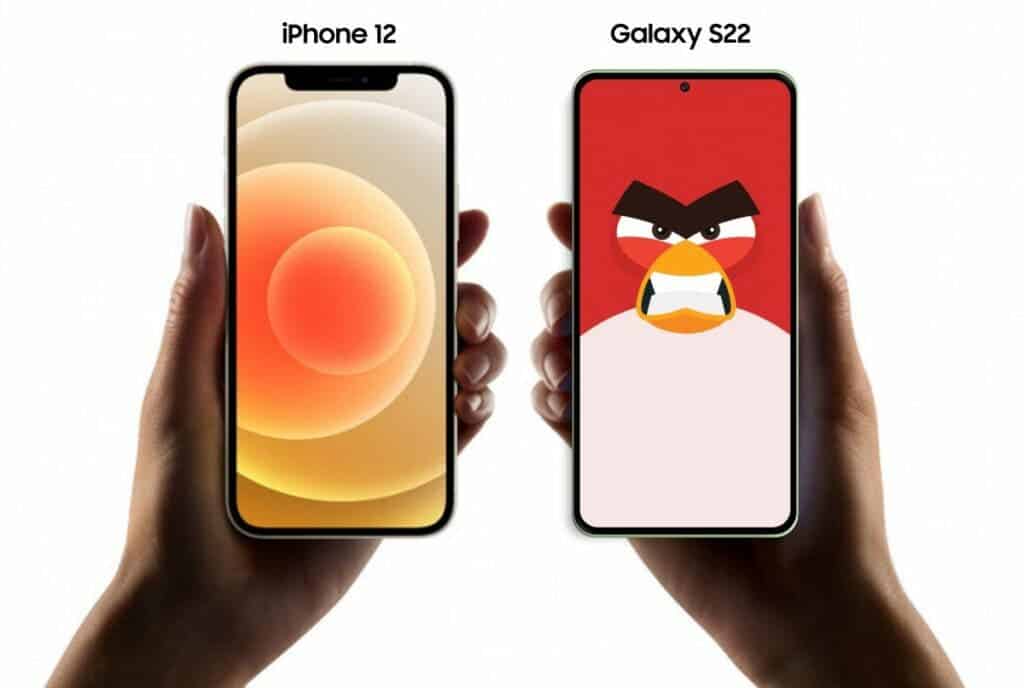 Now, the tipster comes with information regarding the vanilla Galaxy S22 smartphone. Apparently, the device will be lackluster in both battery life and charging departments. For instance, the device comes with a 3,700 mAh battery which is smaller than what most of the flagship smartphones, except Apple and Google, have today. Apparently, Samsung is really following Apple on its philosophies. We’re not expecting the phone to be a disaster in battery life, but it will certainly be anything but impressive. The 25W charging is also another drawback when some mid-range smartphones in the market that three times less have that or better speeds.

Samsung’s battery size sacrifice is directly associated with the device’s size. It is said to be smaller in length, width, and thickness than the recently announced iPhone 13, which already has a compact 146.7 x 71.5 x 7.7 mm. Therefore, the vanilla smartphone is for those who want a compact and sleek device and don’t care for more battery. The device will still have an AMOLED display and Snapdragon 898 / Exynos 2200 SoC.

The device might come as the smallest Galaxy S flagship since the days of Galaxy S10e. Furthermore, the device is rumored to come with a 6.06-inch display size which is unusual for Android flagships nowadays.