Apple recently rolled out the final stable release of iOS 15, but apparently, some bugs managed to escape the beta testing. A couple of days of usage were enough two show a nasty little bug annoying iPhone users. According to reports from Apple Support forums and other discussion fields, users that have upgraded to iOS 15 are getting a prompt saying their iPhone’s storage is full. This is happening even with plenty of storage available. To make things worse, there is no way to fix the issue, at least for now. 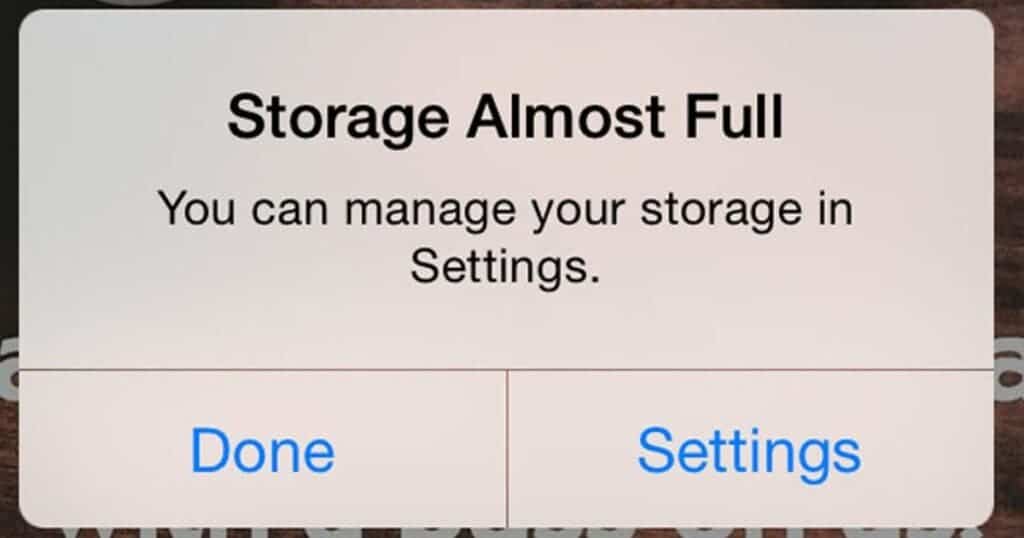 According to fresh reports, the “iPhone Storage Almost Full” prompt is showing up for users running iOS 15. According to those complaining, there is no method to remove this issue. Tapping on the prompt is the only option. It redirects the users to the iOS storage section – where plenty of available storage is displayed. The issue apparently involves the tabulation process for applications. It is misreading allocating storage and showing such a bug even when there is enough storage in the devices.

Apple is yet to respond to users

Apple is yet to acknowledge the issue and promise an update with a bug fix. Usually, the company is one of the fastest to react to bugs and security flaws and is fairly prompt in issuing patches for glitches that affect the most. However, up to the moment, the company is yet to provide any information regarding the issue or even state it’s working on a fix. So far, users have taken to social media platforms to state that Apple Support is urging users to restart their iPhones as a temporary fix for the issue. We all know that this isn’t permanent, as the bug will pop up often.

Currently, the company is progressing with the testing of iOS 15.1. The new incremental version will be the first major iOS 15 system update. It will bring the SharePlay feature to users in the stable build of the operating system. Interestingly, the feature was previously through for iOS 15. However, the company saw a plethora of bugs and glitches with the feature. As a result, it has postponed the feature for a future iteration of iOS. We hope that the bug involving storage full isn’t something so complicated. Hopefully, the company will issue a patch in the coming days.

For now, there aren’t reports telling us if this is a feature that also affects iPadOS 15 devices.

Next iPhone 13 Pro shipments to start late in October