Last month, a report suggested that Microsoft is gearing up to replace the Surface Book 3 with a new laptop. The previously launched models came with removable displays. However, the new Studio laptop’s screen can be transformed into a tablet simply by pulling its screen forward. Microsoft describes this capability as the Studio Mode. In other words, the Surface Laptop Studio is originally a 2-in-1 device that works as a laptop but can be folded to serve as a tablet.

The Surface Laptop Studio sports a mammoth 14.4-inch PixelSense Display. The screen supports a refresh rate of 120Hz and has Dolby Vision. Furthermore, the laptop features a Dynamic Woven Hinge that enables the device to seamlessly toggle between three different modes. These include Studio, Stage, and Laptop mode. When the laptop mode is enabled, users will be able to use the Surface Laptop Studio as a regular laptop.

The Stage Mode is ideal for presenting to clients, gaming, streaming, and even docking. To enable this mode, all you need to do is to pull the screen forward to a certain angle. In this mode, the keyboard is invisible, and only the trackpad is visible. The Studio mode is ideal for those who fancy using a clean canvas for sketching, writing, or any other creative task. The Surface Laptop Studio has a Surface Slim Pen 2 that attaches magnetically under the keyboard.

Pricing & What’s Under the Hood

The Laptop Studio packs 11th-generation Intel Core i5 and i7 processors under the hood. The Core i5 variant ships with Intel Iris Xe graphics. The i7 model, on the other hand, has the Nvidia RTX 3050 Ti GPU along with 4GB of VRAM. You can choose between 16GB and 32GB of RAM options. The device ships with up to a whopping 2TB of SSD storage. 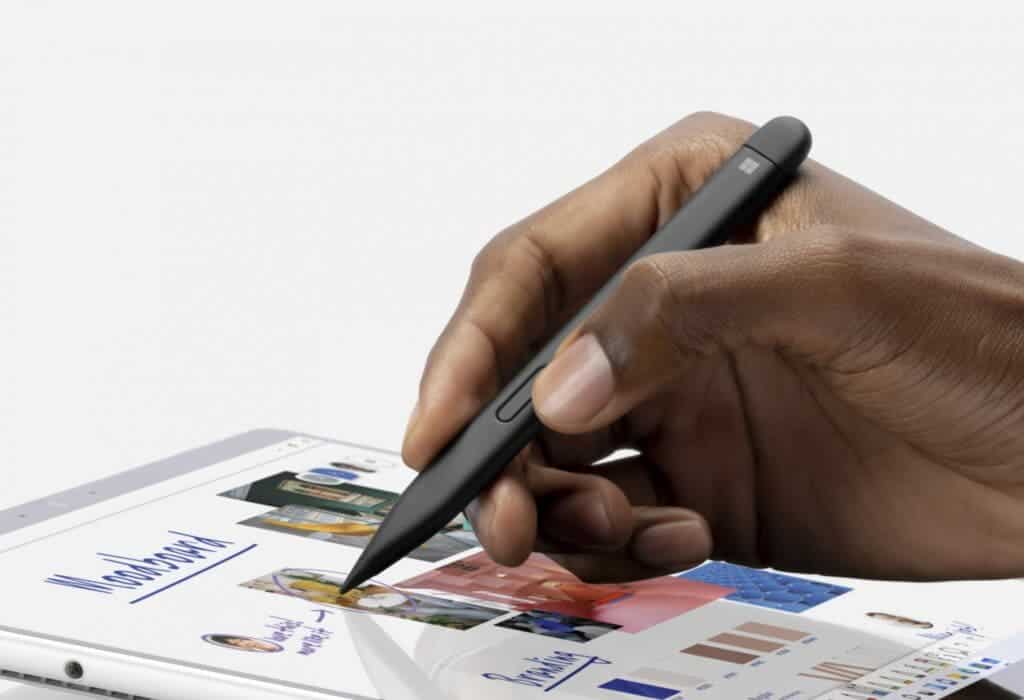 For connectivity, the laptop offers a 3.5mm headphone jack, Surface Connect charging port, Thunderbolt 4, two USB 4 ports, and more. Furthermore, the Surface Laptop Studio carries a price tag of $1,599.99. Regrettably, details about India pricing are still scarce. However, it could go on sale in the country for about INR 1,18,100.