WhatsApp continues with its experiments on Android. So, after the more or less important news of recent weeks, here is also the cashback for payments made on the instant messaging platform. At the moment the function is in beta testing only in India, a country where WhatsApp Pay has been available for some time (the other is Brazil, but there are hopes that the service will soon be available to other markets). The affected version is 2.21.20.3.

WhatsApp offers cashback to convince users to use its payment system

Thus, after introducing the shortcut button for payments, WhatsApp returns to the same theme and implements the function that allows you to receive a cashback after just 48 hours. The intent is clear: to promote the internal payment platform. It is as always WABetaInfo to have discovered the news, then specifying how it is not yet possible to know if this “prize” will be made available only for the first payment made via WhatsApp Pay or if it will work for all transactions.

The service is in testing in India and is valid only for UPI (Unified Payments Interface) payments, a payment system in the country to facilitate interbank transactions. The extent of the cashback to Brazil will depend on how the instrument is valued in the Asian subcontinent. Who knows that there will soon be news for other countries as well. 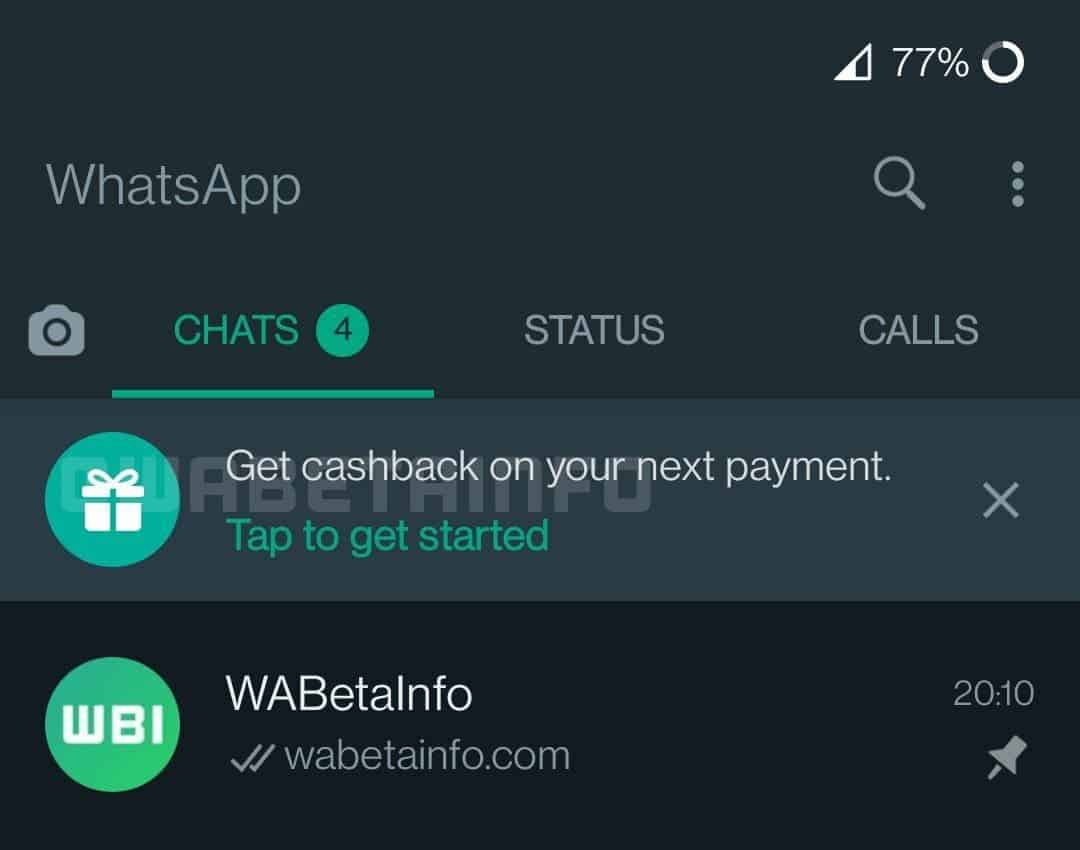 WhatsApp added the ability to report individual messages in chats

WhatsApp, like many other instant messengers and social platforms, actively fights against inappropriate behavior of its users; so that individuals do not create discomfort for others. If earlier in WhatsApp it was possible to report a user; now in the beta version of WhatsApp for Android there is an opportunity to report specific messages.

The new feature gives users the ability to choose which messages they want to forward to WhatsApp for review; to determine whether inappropriate behavior has occurred. Judging by the screenshots published by WABetainfo; the fresh beta version of WhatsApp allows you to inform the messenger team about specific messages from both individual and group chats. You can also file a complaint about messages from your business account.

Thanks to the new feature, after a user complains about a certain message; the previous five messages will be sent to the WhatsApp moderation service; which will help the messenger team correctly understand the context and decide whether to block the account. The new feature will soon be available; in the stable versions of WhatsApp for Android and iOS.

Next Microsoft has released a new test build of Windows 11