News broke out earlier this year about OnePlus and Oppo fusion. In fact, the company has integrated its Research and Development team and a few other teams with its sister company Oppo to streamline operations. We have to agree that since OnePlus decided to expand its smartphone series, it has been offering lackluster software support. While flagship devices were receiving faster OxygenOS updates, the mid-range smartphones are struggling in line with the latest Android upgrades. Although the merging with Oppo would improve the pace of updates, it seems that it will bring drastic changes to OnePlus smartphones, and apparently, not everyone will appreciate it.

The end of OxygenOS is near 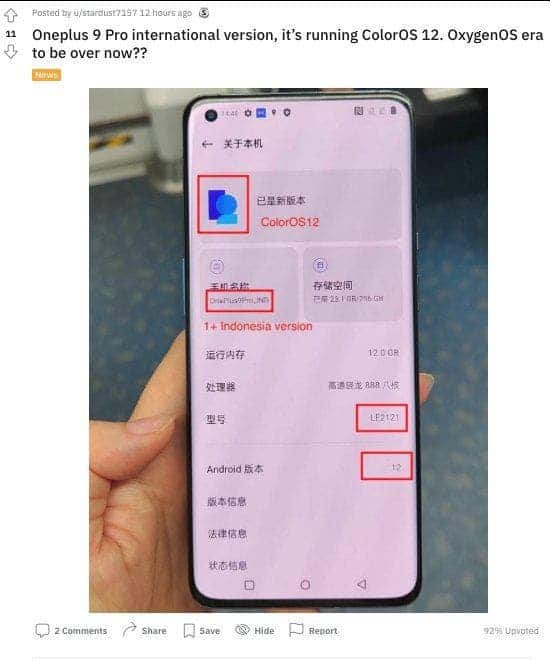 The photo suggests that OnePlus is already testing the ColorOS 12 update in international models. This makes perfect sense, after all, the company needs to test the update several months prior to the release. The model running the test build is likely an Indonesian variant.

According to the company, the ColorOS and OxygenOS merging will be revealed in the next year. Previously, the company has been suggesting OxygenOS for International markets. But we assume that the company will not be pushing different software. It will likely ditch OxygenOS and focus in the new OS.

Previous You Can Now Play Google Stadia Games on Your TV via Any Controller, Smartphone

Next iPhone 12 Could Retail for Less Than Rs 50,000 in India During Flipkart's Big Billion Days