Android 12 official release is right around the corner. We’ve been waiting for the update to come this month, after all, past releases have set September as a standard. However, Google seems to be needing extra time to polish Android 12 and make it ready for Pixel smartphones. On October 5, the company is expected to launch the update for Pixel devices, on the same date the full AOSP source will be pushed. To celebrate the imminent release, and maybe build the hype, OnePlus decided to release the Android Developer Preview 2 for the OnePlus 9 and OnePlus 9 Pro. This new version comes four months after OnePlus released the first developer preview of Android 12 for its 2021 flagship lineup.

The Android 12 Developer Preview 2 for the OnePlus 9 series includes the whole set of improvements and enhancements. There are also bug fixes and optimizations like including improved auto-brightness behavior. The frame rate performance is also improved in graphics-heavy games. The new update also improves the zoom capabilities and more. Furthermore, the update also adds new widgets that display essential information from apps at a glance and optimizes the page layout. It enhances the presentation of text and color to put more prominence on important details. 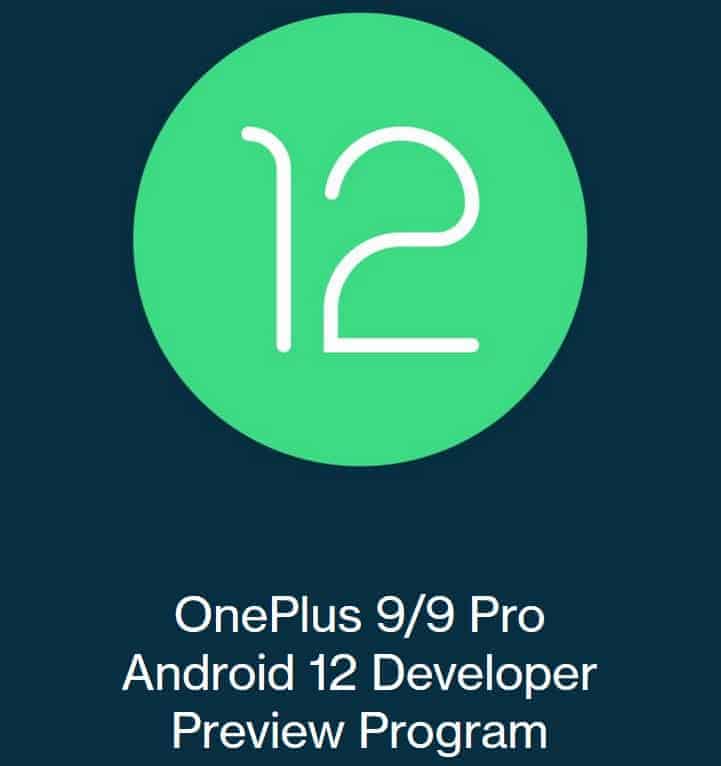 However, as you may expect, the name “Developer Preview 2” means that it’s oriented to developers. As a result, we expect a plethora of bugs to come in this update. For example, the camera application does not support their recently released XPan mode, the scrolling screenshot feature is missing, and the Google Phone app does not support call recording. Therefore, OnePlus is warning that Android 12 Developer Preview 2 comes for developers and advanced users. If you’ve little to no experience with software developers of custom ROMs, the better thing to do is stay away. Especially if the OnePlus 9 or 9 Pro are your daily drivers. No one wants to pay a rim in a flagship smartphone and have it fail.

For now, it’s unclear when exactly the new smartphones will get the Android 12 stable release. Back in the last year, we would expect the update to come a few months after Google’s release. However, things are different for OnePlus right now. The brand has merged its software department with Oppo, and the OnePlus 9 series in China already run ColorOS. Recently, we saw an international OnePlus 9 Pro running Android 12-based ColorOS 12. At this point, we don’t have 100% sure if Android 12 will reach these smartphones as OxygenOS.

Previous SHARP AQUOS zero6 launched with 240Hz refresh rate; It's one of the lightest 5G smartphones