There is a shortage of components and smartphone manufacturers have to use what they have more rationally. It is this factor that can lead to the abandonment of the Samsung Galaxy S21 FE, when the company has to choose priority devices that will get the Snapdragon 888 chipset. Rumor has it that the shortage of components will be felt at the beginning of next year, so Samsung needs to carefully approach the volume of production of devices Galaxy S22 series.

Compared to the Galaxy S21 series, they also relied on the base model of the series, but the production volume was 40%. While 30% fell on Galaxy S21 + and Galaxy S21 Ultra. Unfortunately for the company, the Ultra version didn’t come out and it barely managed to sell half of the manufactured devices.

In total, Samsung plans to produce 20 million devices of the Galaxy S22 series, which is quite modest for a top line. In the face of a lack of components and a persistent pandemic; we have to take a more deliberate approach to the production of smartphones. 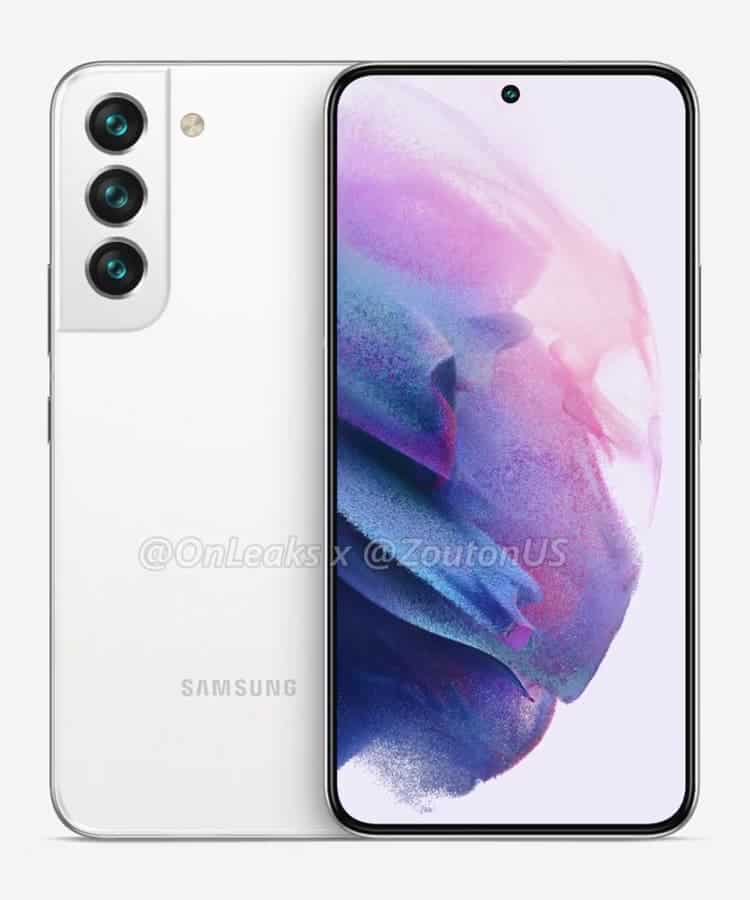 In recent days, Internet sources have unveiled high-quality renders of two representatives of the family of the future flagship Samsung smartphones; the Galaxy S22 Ultra and Galaxy S22 + devices. And later, the appearance of the base model Galaxy S22 has been declassified.

So, the renders of the device are presented in partnership with the well-known source of leaks @OnLeaks. As you can see, in terms of design, the device is similar to the current Galaxy S21 model.

Also, according to reports, the Galaxy S22 smartphone will receive an AMOLED display measuring 6 inches diagonally. In the center at the top of the screen is a small hole for a selfie camera.

At the back is a triple camera with a vertical arrangement of optical modules. According to rumors, it will include a 50-megapixel main sensor, a 12-megapixel unit; with wide-angle optics and a 12-megapixel telephoto module.

The dimensions of the device are 146 × 70.5 × 7.6 mm. Weight will be 167 g. If you believe the available information, the equipment will include a rechargeable battery; with a capacity of 3700 mAh with support for 25-watt recharge.

Among other things, the USB Type-C port, a fingerprint scanner in the display area, stereo speakers; and support for Qi wireless charging is available. The device will come in a case with protection against moisture according to the IP68 standard. The official presentation will take place in the first quarter of 2022.

Next Xiaomi is preparing a smartphone with a 4K OLED display