The Android camp has been improving releasing new technologies over the past few years. This year, one technology that is slowly gaining popularity is a feature that increases the RAM capacity (Virtual RAM). This technology works by using some of the free storage space and converting it into RAM capacity. Thus, smartphones with insufficient RAM can get more memory for use. One of the most recent companies to use this technology is Samsung. Earlier, there were reports that the Indian version of the Samsung Galaxy A52s 5G has a new feature called RAM Plus. This enables Samsung mid-range smartphones to get up to 4GB of memory expansion. 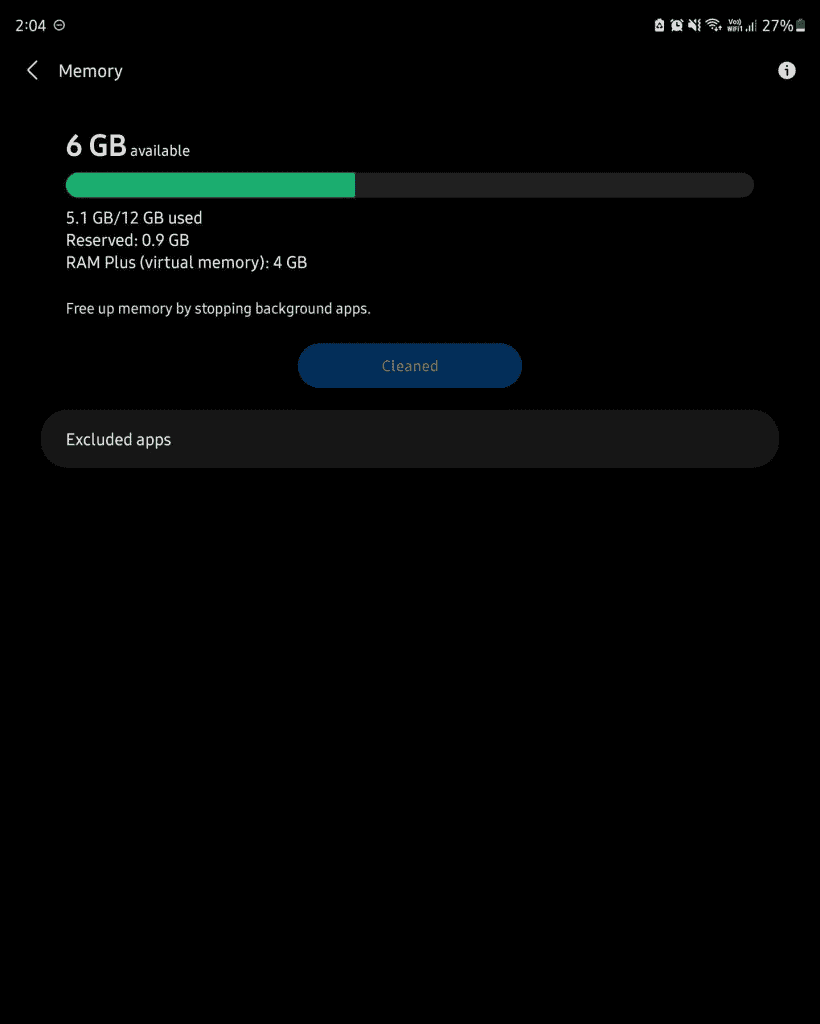 The latest report regarding this technology shows that the South Korean manufacturer will extend this feature to more models. In fact, the company will also extend this feature to more markets. Interestingly, Samsung mid-range smartphones such as Galaxy A52 5G will get this feature. Also, flagships such as the Samsung Galaxy Z Fold 3 with large memory will also get this feature. However, manual adjustments by users are still not available as of now. All models will get an additional 4GB of RAM if the feature is active.

Recently, Samsung Galaxy Z Fold3 updated this feature, thus Samsung will eventually expand the virtual storage to other high-end and flagship phones, such as the Galaxy S21 series. The previous One UI 4.0 beta of the Galaxy S21 series (Android 12) does not seem to include the RAM Plus function. However, this feature may still appear in future system updates.

You can check whether there is RAM Plus function on your Galaxy device by opening the “Settings”, finding the “Battery and Device Maintenance” submenu, and clicking “Memory”.

Virtual RAM memory expands volatile system storage by software; which is used to streamline processes and reduce startup time when we start applications. With this change, the mobile can keep more processes open; which expands the capabilities of the background and the loading of apps with a certain weight, such as games. In exchange for losing speed.

Brands such as Xiaomi or Realme, Oppo, and Vivo already include virtual RAM options, this function will surely end up reaching most devices. It is even possible that Google includes it as a user setting within Android. Virtual RAM allows the system to have greater capacities when running applications in the background or keeping them loaded in memory, but all these processes will always be much slower than if real RAM were used. In addition, the constant reads and writes that RAM suffers could reduce the life of the storage converted into virtual RAM, this is another of the drawbacks.