At around 0:00 am today, many of Facebook’s platforms – Facebook, Instagram, WhatsApp, Messenger, etc. encountered server downtime. Instagram and WhatsApp have been down for more than six hours. This is the longest downtime in 2008. A Russian satellite network claims that during the downtime, billions of Facebook user data hit the market. The report says that over 1.5 billion accounts are now probably in the hands of hackers. Subsequently, Facebook said in a blog post that “the service has been restored and we are working hard to make it fully resume normal operation. There is no evidence that user data has been leaked due to downtime. We believe that the root cause of this downtime is an error in configuration changes”. 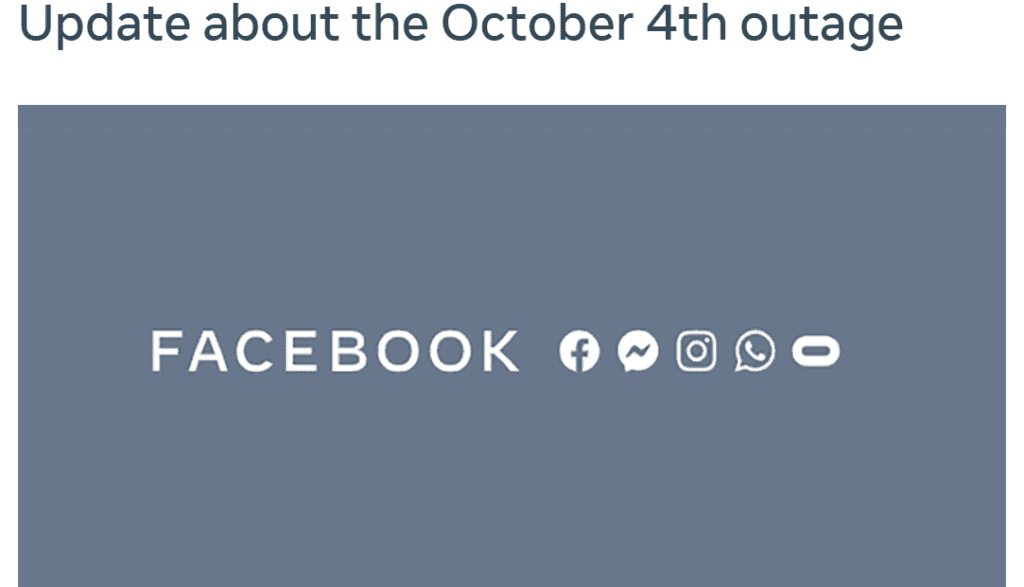 Facebook explained that configuration changes on the backbone routers that coordinate network communications between data centers caused communication interruptions. This interruption of network traffic has had a cascading effect on Facebook’s data center communication method. It eventually caused the service to fail and users could not refresh their pages. The company re-emphasizes that the root cause of the downtime is incorrect configuration changes. It also re-sates that there is no evidence that user data are now on sale as a result of the downtime.

“To all the people and businesses around the world who depend on us, we are sorry for the inconvenience from today’s outage across our platforms. We’ve been working as hard as we can to restore access, and our systems are now back up and running. The underlying cause of this outage also impacted many of the internal tools and systems we use in our day-to-day operations, complicating our attempts to quickly diagnose and resolve the problem.

Our services are now back online and we’re actively working to fully return them to regular operations. We want to make clear at this time we believe the root cause of this outage was a faulty configuration. We also have no evidence that user data was compromised as a result of this downtime”.

Whether or not the Russian agency is right, it will be good for users to take proactive steps. Facebook, WhatsApp, and Instagram users need to closely monitor their accounts for unusual activities. Also, changing passwords and other relevant data will not be out of place.