The iPhone 13 series, as well as other devices like the iPad mini 6 officially hit the shelves a few weeks ago. However, it has not been all rosy for Apple as it it working hard to fix multiple issues that keep coming up. The recently released iOS 15 is plagued with multiple issues that the company is fixing one after another. Now, there are reports that the iPad mini 6 has its fair share of issues. According to reports, the iPad mini 6 display has a distortion issue. The screen distortion has made many users dissatisfied with the device. 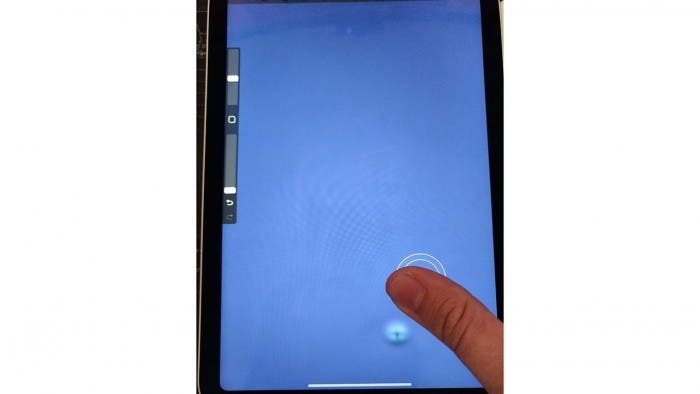 The complaints so far shows that some users have encountered screen distortion and discolouration on the new iPad mini 6. When users apply pressureon the screen of this device, some spots (discolouration) will appear at specific points. These spots are observable on different parts of the panel. This effect will be more obvious when the tablet displays a dark image or is operating in dark mode. Multiple users have reported the same experience, and some claim that these shouldn’t have been. In addition, this discolouration still appears on replaced devices in the Apple Store.

Modern LCD screens have a transmissive design and consist of liquid crystals suspended between polarized glass or other thin-film substrates. When a current is applied, the material aligns (or more accurately, the liquid crystal changes direction) to allow light from the backlight to pass through. However, the structure of the liquid crystal panel is susceptible to mechanical interference, such as pressing the substrate with any force. Applying direct pressure to the display changes the liquid crystals and their respective arrangements in individual pixels. This breaks down the delicate balance that allows the transmission of light uniformly. This will cause distortion, discolouration, moire, and other effects.

There is also an explanation as to why the iPad mini 6 easily shows the discolouration. According to professionals, the gap between the iPad mini 6 LCD panel and its internal hardware may very narrow. Thus, when the display receives light pressure, it comes in contact with the back of the display. According to reports, these “hot spots” are roughly the same as the sharp edges of the connectors and other parts. These parts were found when iFixit recently disassembled the device.

Some Redditors are agitating for Apple to recall the iPad mini 6. However, considering that the behaviour will not have a negative impact on daily use, this situation is unlikely to happen. As of now, there is no official comment from Apple on this issue