Recently, some Samsung smartphone users in the UK received a notification that they have downloaded an application recommended by the Russian government. Many British users did not find this notification funny. Subsequently, Samsung said that this was an error notification and apologized for it. The company said there was a technical error that caused the push to British users. 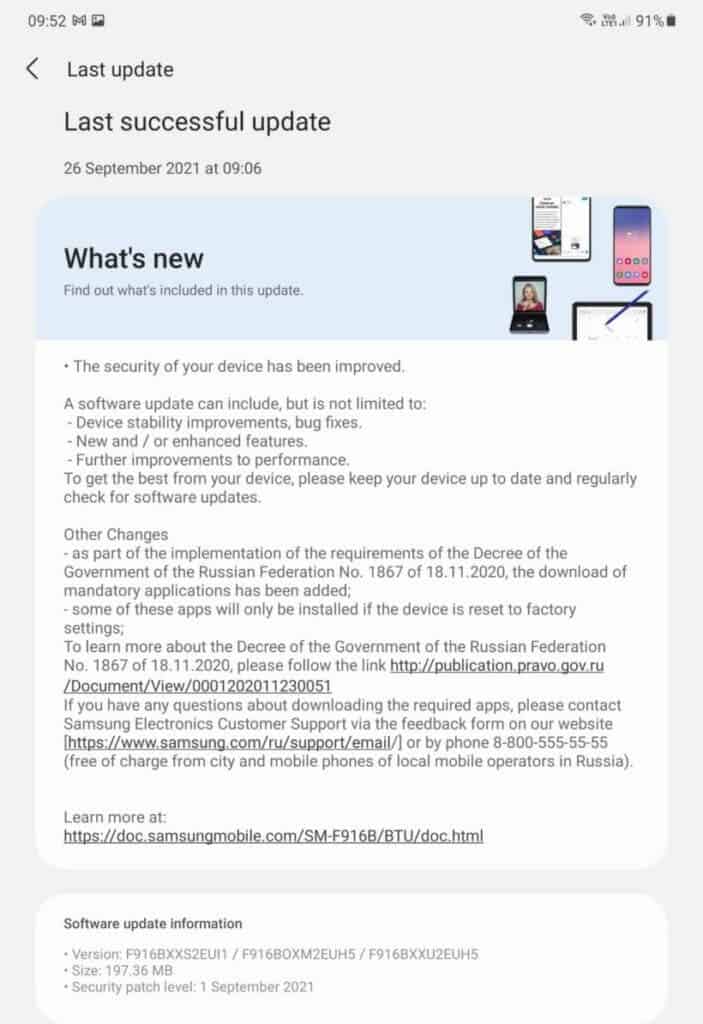 According to the BBC report, Andrew Edmans bought a second-hand Samsung Galaxy Z Fold2 phone from the Amazon market three weeks ago. Some days later, he received a firmware update reminder. After installing the firmware update, the words in the update content have links to Russia. The update content wording partly reads “As part of the implementation of the requirements of Decree No. 1867 of the Government of the Russian Federation of November 18, 2020, the download of mandatory applications has been added. Some of these apps will only be installed if the device is restored to factory settings”

Due to concerns, Edmans contacted Samsung, and Samsung promised to reply within 48 hours. However, he did not receive a reply afterward, so he called Samsung again four days later. Finally, a technician remotely accessed his mobile phone and stated that he had never seen it before. This issue had to go to Samsung headquarters and Edmans got the assurance that this is a “notification error”.

Samsung told the BBC: “We can confirm that due to a technical error, the wording of the information is incorrect and a limited number of UK customers will receive it. The upgrade received is unique to the UK, and no third-party apps from Russia have been installed on the device, or have the opportunity to enter the device itself. We sincerely apologize for any inconvenience caused.”

Russia passed a law in April this year, requiring that smartphones, computers, and smart TVs sold in the country be installed with Russian alternative software. The purpose of this is to help Russian software companies promote their software. Since then, Samsung has added these applications to its smartphones in Russia through firmware updates.

It is not strange for smartphone manufacturers to make such mistakes from time to time. However, as it involves a country like Russia, British users are not taking the mistake lightly. Some users are calling for more investigation into the issue to ascertain if it is truly unharmful. However, Samsung stands on its resolve that this is a simple mistake and nothing more.