Microsoft on Tuesday October 12th released the first cumulative update for the new Windows 11 operating system. According to TechPowerUp, this update only exacerbated the reported high latency of L3 cache on AMD Ryzen processors for several days ago.

Shortly after the release of Windows 11, AMD and Microsoft discovered that the new OS was poorly optimized for AMD Ryzen processors. It increases the latency of the L3 cache by up to three times, and the new OS scheduler does not correctly manage the Collaborative Processor Performance Control (CPPC2) mechanism and does not redirect threads to the fastest processor cores for maximum performance. All this leads to a decrease in performance in both work and gaming applications, up to 15%. 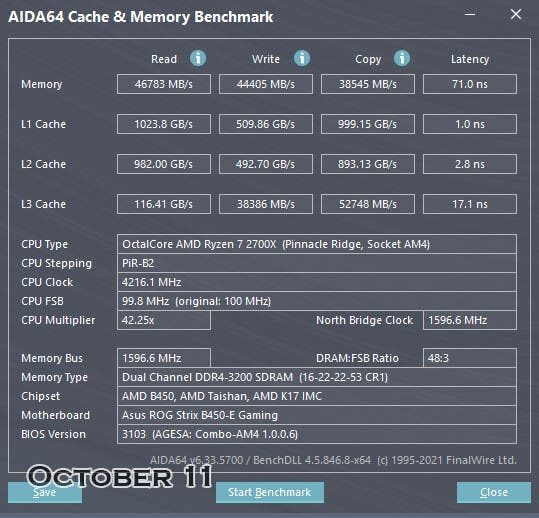 Portal TechPowerUp reports that the Ryzen 7 2700X with a typical delay of L3 cache 10 ns when moving to Windows 11, the delay in the L3-cache increased to 17 ns.

After installing the cumulative update for Windows 11 that Microsoft released on October 12; the latency has almost doubled to 31.9 ns. 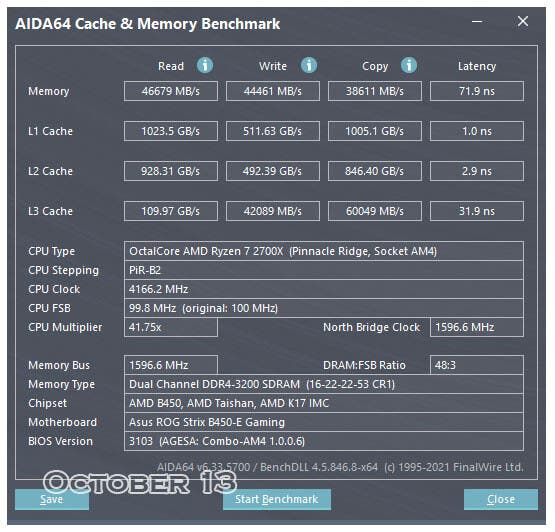 Earlier it was said that AMD is working with Microsoft to develop updates that should solve the problems of slow 3-level cache memory in Ryzen processors in the Windows 11 environment, as well as improve the operation of the CPPC2 mechanism. Yesterday AMD announced that a patch to fix bugs in CPPC2 will be released on October 21st. However, some consumers may receive it earlier. Details are not specified, but, apparently, by these consumers the company means its corporate clients. An update addressing Ryzen L3 cache latency will be available via Windows Update on October 19.

If rumors of a rapidly approaching announcement of 12th Gen Intel Core processors at the end of October are correct; then AMD has very little time to fix these problems. Reviewers will have to use Windows 11 to test Alder Lake processors; as the new OS is optimized to work with the hybrid architecture of Intel’s new chips. In this case, AMD Ryzen processor benchmarks will also be re-benchmarked on Windows 11; which may affect the objectivity of their results. AMD needs to provide the required updates to reviewers as soon as possible.

Recall that Microsoft has transformed the Windows Subsystem for Linux (WSL) into an application that can be downloaded and installed from the Microsoft Store on Windows 11. A preview of the application is available now; giving Windows 11 users the ability to install it; without having to add WSL as an add-on when installing the OS.