Early Geekbench benchmark scores for the Apple MacBook Pro M1 Max have surfaced online, revealing the CPU’s performance. Earlier this week, the Cupertino-based tech behemoth unveiled its latest Apple Silicon chips including the M1 Pro and M1 Max. In its announcement, Apple explained that the newfangled chipsets have been exclusively developed for the next-gen MacBook Pro. The process of creating a more powerful chip involved scaling up the architecture of the original M1 chip.

The tech company took the wraps off its new MacBook Pro on October 18 during the Unleashed Apple event. The newly launched MacBook Pro sports an eye-catching design. Aside from that, it has a crystal clear screen with a notch at the top. Moreover, the new MacBook Pro now has an SD card port and a slew of other ports. However, the most notable feature of the radically overhauled MacBook Pro is the performance unit.

The 14-inch and the 16-inch models pack the M1 Pro and M1 Max chipsets under the hood. According to Apple, the new chip is capable of delivering about 70 percent better CPU performance compared to the M1. On top of that, the new chip can also deliver up to 4 times better GPU performance than the M1. Shortly after its official unveiling, the new M1 Max chip has appeared on the Geekbench website. The Geekbench listing shows scores of the company’s high-end M1 chip. In the single-core test, the Apple MacBook Pro M1 Max scored 1749. However, the chip shows a significant improvement in Geekbench’s multi-core performance test, where it scores 11,542. 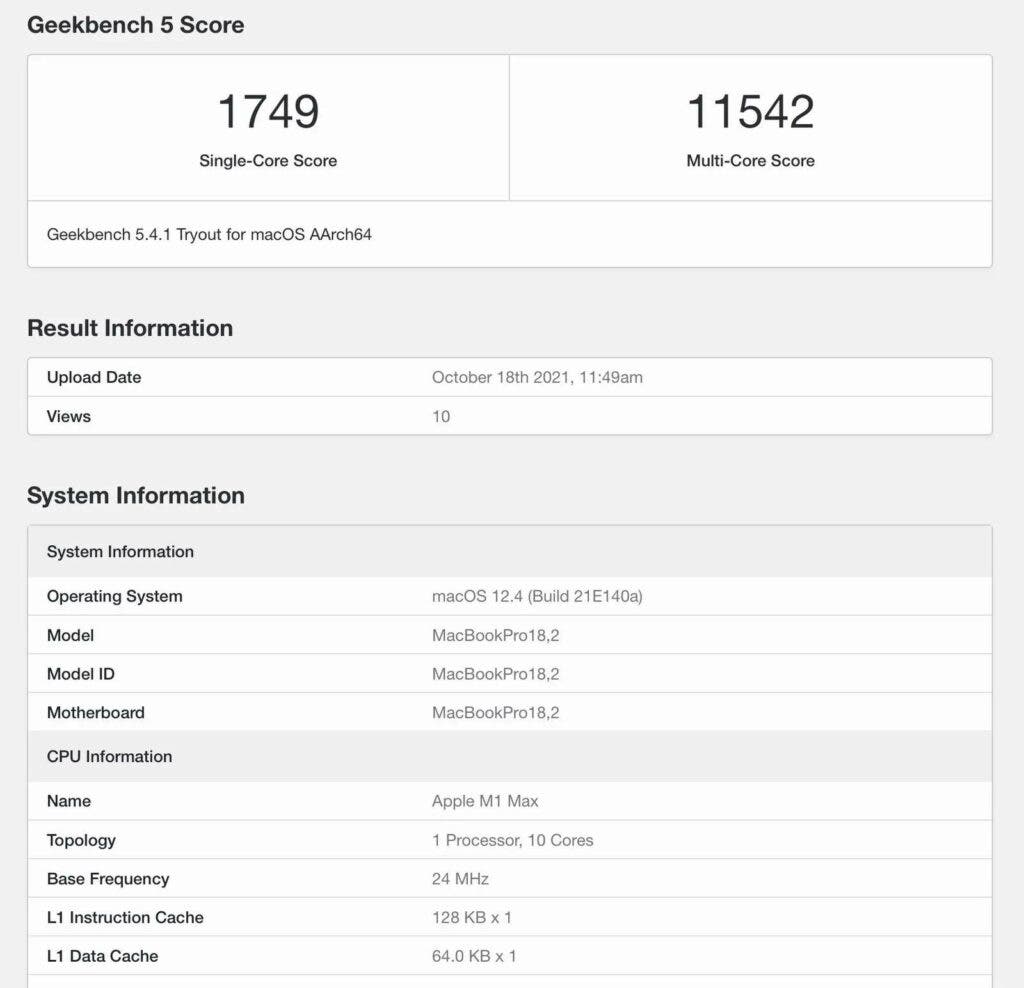 This is twice the score of the M1 chip, which powers up the existing 13-inch MacBook Pro. Furthermore, a report from MacRumors suggests that the M1 Max has performed better than all Mac chipsets. However, it failed to outperform Mac Pro and iMac that pack high-end 16 to 24-core Xeon chips from Intel. The new M1 Max chip supports 64GB of unified memory and can offer memory bandwidth of up to 400GB/s. Aside from that, the 5nm chip comes with 57 billion transistors, which is as much as 70 percent more compared to the M1 Pro. Also, it is 3.5 times more than the M1.

The MacBook is available in a 14.2-inch and a 16.2-inch screen size. Furthermore, the laptop offers multiple connectivity options. These include a 3.5mm headphone jack, an HDMI port, an SD card slot, and three USB Type-C Thunderbolt 4 ports. Also, they support MagSafe 3 charging. The notch at the top of the display accommodates the device’s 1080p front camera. The new 14-inch Pro model delivers a video playback of up to 17 hours. This is seven more hours than the earlier generation. 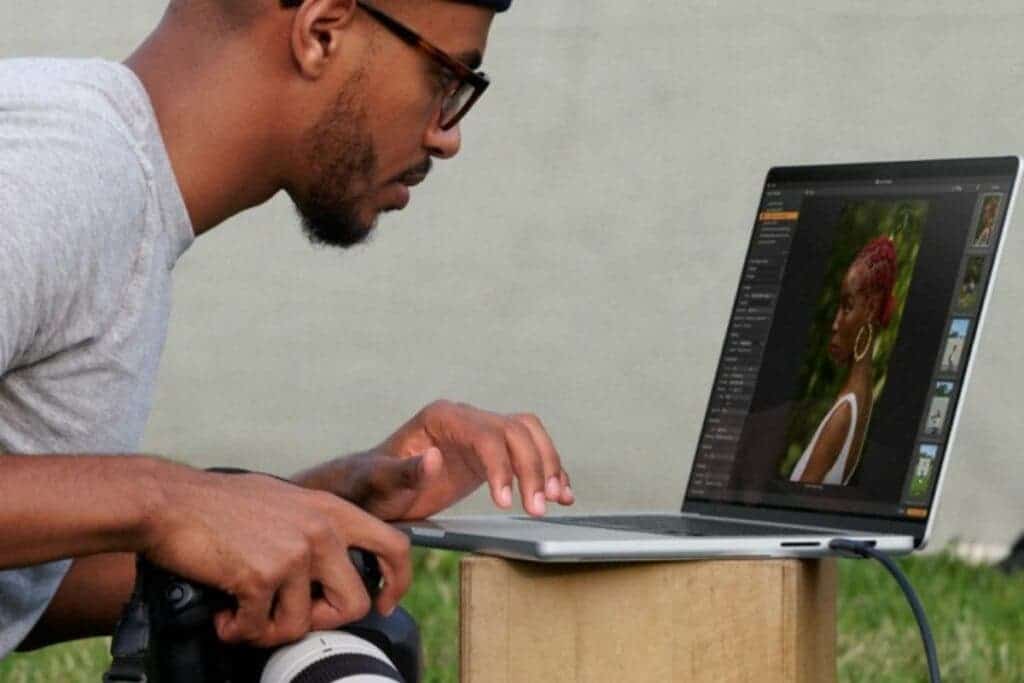 Moreover, the 16-inch model delivers a video playback of 21 hours, which is 10 hours more compared to the earlier generation. Moreover, this is the longest battery life offered by a Mac notebook. The device supports fast charging as well. The company claims that the battery charges up to 50 percent within 30-minutes. Both the M1 Pro or M1 Max chip models are available for purchase in India. The starting price of the 14-inch model in India is INR 1,94,900. The 16-inch model price starts at INR 2,39,900.