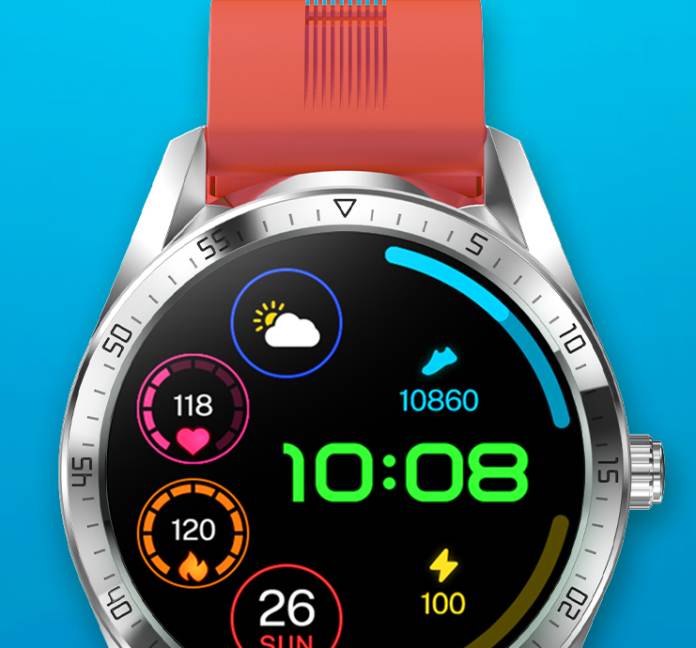 The newly launched S1 smartphone packs an Unisoc Tiger T7510 SoC. It ships with 8GB of RAM and offers 256GB of onboard storage. In the optics department, the Letv S1 houses three rear-mounted cameras. On October 22, Letv introduced an all-new smartwatch dubbed the Letv Watch W6 in China. The company claims that its feature-laden wearable features a “high-definition retina colour display” in the form of a 1.39-inch AMOLED screen.

The recently unveiled Letv Watch W6 smartwatch carries a price tag of 599 Yuan (about $94). However, you can get your hands on it for a lowered price of 499 Yuan (about $78) as part of an introductory offer. The wearable is currently up for grabs via Letv Mall in China. Moreover, you can choose between two appealing color options. These include Star Black and Vibrant Orange.

The newly launched Letv Watch W6 smartwatch offers a wide range of personalized watch faces so that you can customize the appearance. Furthermore, the wearable is capable of measuring the wearer’s blood oxygen saturation, as well as heart rate. Aside from that, it offers an array of impressive features like sleep monitoring and multiple sports modes. The Watch W6 supports music playback and voice calls through Bluetooth connectivity. The smartwatch weighs just 70 grams.

In standby mode, the Letv Watch W6 smartwatch offers a battery life of about 7 days. During regular usage, on the other hand, the smartwatch’s battery can last up to 2 to 3 days. The wearable draws its juices from a 300mAh battery, which gets fully charged in just 2 to 3 hours. Aside from that, the Watch W6 has an IP67 rating, In other words, it offers protection from dust and can withstand being dunked in up to 1 meter of water for 30 minutes. Furthermore, you can pair the watch with devices running Android 5.0 or above and iOS 9.0 or above. Regrettably, it does not support GPS connectivity.

Letv seems to be returning to the electronics market, by introducing new TVs and a smartphone in September. The fans of the brand would be hoping that everything goes right this time around. It is still unclear whether Letv will be able to tighten its grips in the electronics markets. Also, the company is likely to have a hard time reclaiming its position from tech behemoths such as Samsung, Realme, and Xiaomi.

Previous Realme Pad pricing in Europe has been revealed