Some insiders have managed to obtain the results of a closed test of a laptop based on an Intel Core i9-12900HK processor. According to Geekbench tests, this chip will be the most productive among all competitors.

The laptop has not yet been released to the market and the test results are missing from the public Geekbench database. Apparently, this was an internal test by the laptop manufacturer, and its results appeared on the Internet only in the form of a screenshot. The Intel Core i9-12900HK processor with 14 cores and 20 threads belongs to the Alder Lake family – this is the top option for the Alder Lake-P series. In the future, some sources say, the Alder Lake-S series will launch, in which chips will arrive with 16 cores and 24 threads. 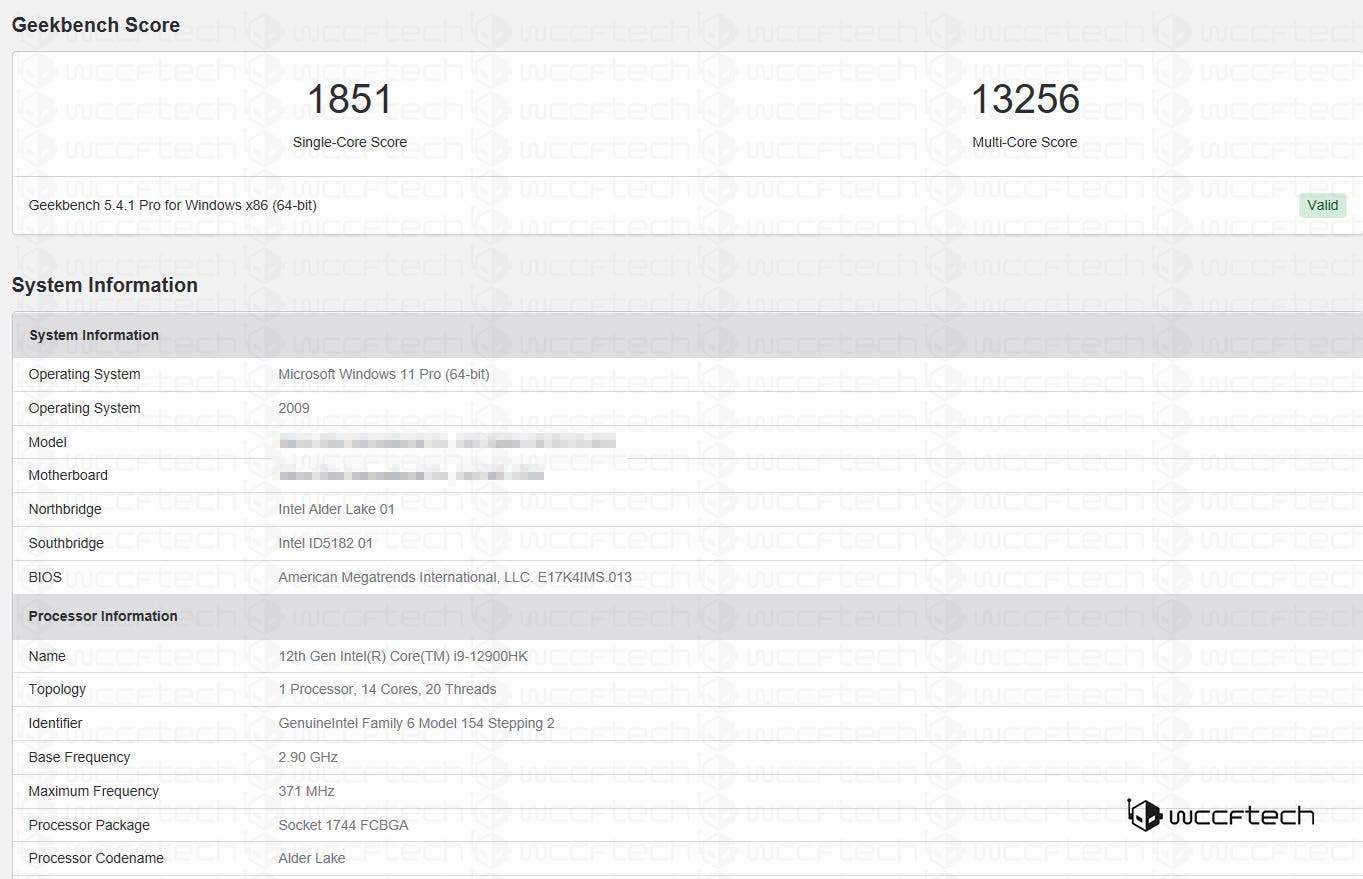 The base frequency of the Core i9-12900HK is 2.9 GHz and is probably related to the economical Efficient Cores. The maximum frequency of 371 MHz is clearly incorrect and indicates some kind of error. According to the test results, the chip managed to demonstrate the highest performance of all known mobile processors; including the Tiger Lake-H45 series products and the mobile Zen3. It left behind it even the Apple M1 Max chip announced this week. 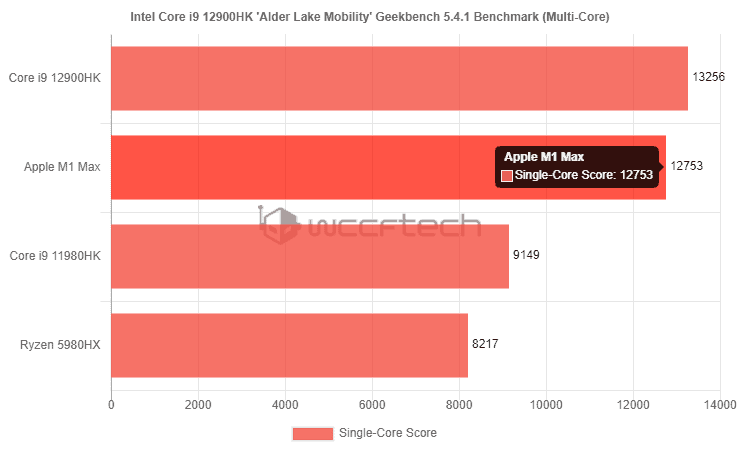 According to Intel’s plans, mobile computers with Alder Lake-P processors will debut alongside Arc Alchemist graphics cards. They will likely be part of CES 2022 announcements, which opens on January 5th. 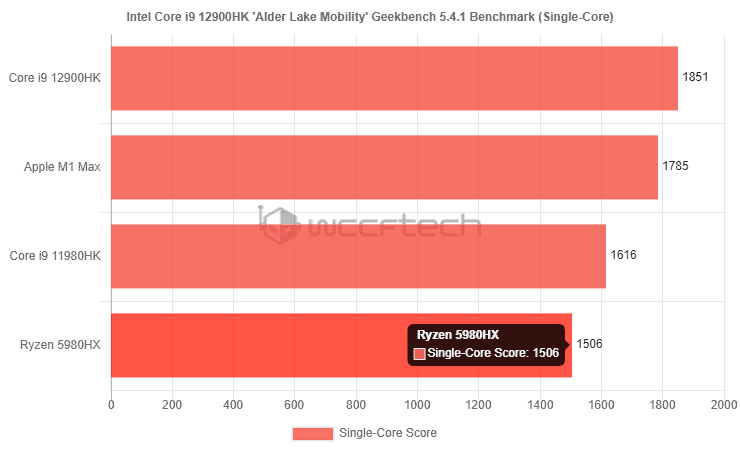 Intel’s management at the quarterly reporting event did not hide that the debut of the Alder Lake family of processors will take place next week; and deliveries to customers have already been carried out since last quarter. At the same time, the CEO expressed confidence that Intel would begin to regain its lost market positions; with the release of Alder Lake processors.

Such comments were made by Patrick Gelsinger while discussing the IDM 2.0 strategy; which implies active investments in expanding production capacities and mastering advanced lithography. In fact, Gelsinger said Intel is heading ahead of schedule in this direction in terms of Q3 progress alone. The head of the company believes that all forthcoming investments in the construction of new enterprises will begin to pay off earlier than the company expects.

Intel has been plagued by capacity constraints for several years now. Even now, when it produces its own processors in sufficient quantities, PC makers prefer to buy more expensive models; and refuse cheaper ones; since they are hampered by the lack of related components to produce computers in the right quantities. Gelsinger believes expanding manufacturing capacity gives Intel a chance to regain its lost market position. On the other hand, the current situation will contribute to more active sales of new Alder Lake processors; according to the head of the company.