LG Chromebook has passed through the Bluetooth SIG certification website, hinting at its imminent launch. Considering the skyrocketing popularity Chromebooks have been garnering lately, a lot of companies are making their forays into the Chromebook segment. As a result, the market is teeming with a wide range of options from leading manufacturers. However, there hasn’t been a new player in the segment for quite some time now.

However, that is likely to change as LG is currently gearing up to unveil its first Chromebook. The South Korean tech behemoth is no stranger to making computers. The company’s well-received LG Gram series of slim Windows PCs are already available in multiple regions. Now, HP seems set to bring its hardware into the Chromebook space with its first-ever Chromebook. 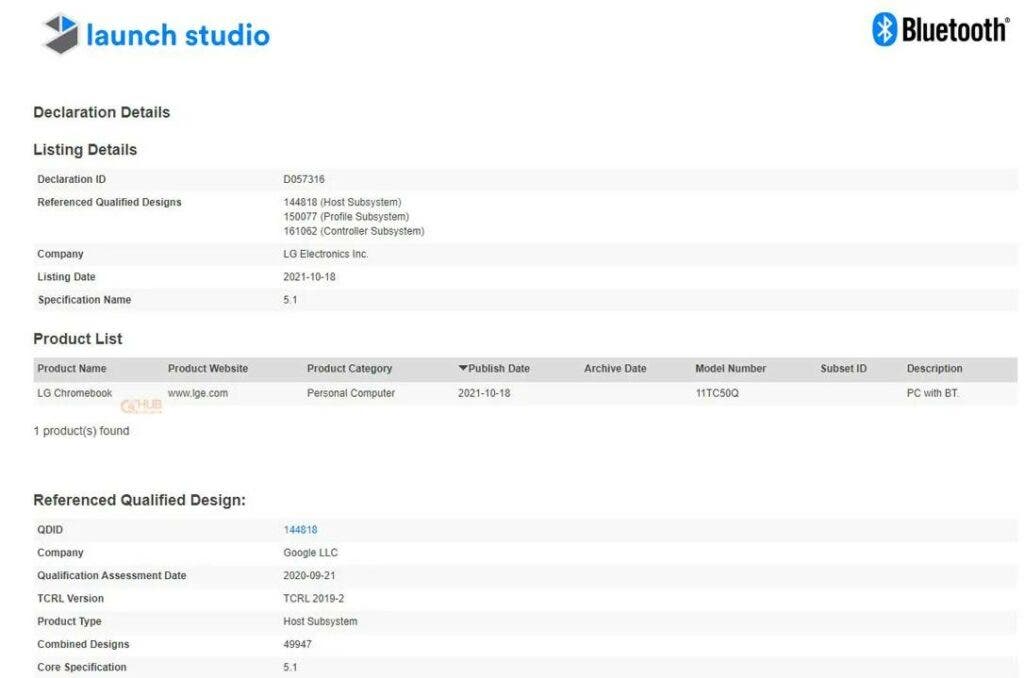 Nevertheless, there will be a lot of hype surrounding its hardware specifications and design. Aside from that, it will be interesting to see how much the new LG Chromebook will retail for. It seems these details will only be revealed when the device is finally unveiled. The new Chromebook could be official later this year. Alternatively, LG could decide to unveil it at the CES, which will start on January 5, and end on January 8 next year.

For those who are unaware, the Bluetooth SIG gives Bluetooth technologies licenses and trademarks to various manufacturers around the world. While details about the LG Chromebook are still scarce, we might come across fresh information about the device when it passes through other certification websites. LG announced three new laptop models under the LG Gram line in August in India. The recently unveiled series comprises the LG Gram 14, LG Gram 16, and the LG Gram 17.