According to reports, Xiaomi is gearing up to introduce the Redmi Note 11 series on October 28 alongside a bunch of new wearables under the Redmi brand. The Redmi Note 11 smartphones will probably get all the highlights of the event, after all, this lineup still stands as one of the most popular smartphone series from Xiaomi to date. This year, there will be significant changes like faster charging and improved chipsets with 5G connectivity. These devices have been leaking a lot, to the point that we already know everything that we can expect from them. Now, the vanilla Redmi Note 11 has emerged with key specifications on the TENAA database.

According to the tipster Digital Chat Station, the vanilla model is the latest device to pass through the Chinese certification authority. The device carries a 6.6-inch display with 2,400 x 1,080 pixels of resolution and a 20:9 aspect ratio. According to TENAA, this is an OLED display. However, Digital Chat Station says that this is a mistake and the phone is really equipped with an LCD. The OLED display will be an exclusive characteristic of the Redmi Note 11 Pro. Also, the fingerprint scanner is not behind the display, but on the side of the phone as a power button. Unfortunately, the certification didn’t come with images.

The camera setup is quite simple with a 16 MP main camera and a 5 MP secondary camera. This is way more modest than the 108 MP camera coming with the Pro model. However, the fact is that the vanilla will be a simple smartphone. It will also carry the Dimensity 810 SoC, while the Pro version is coming with Dimensity 920 SoC.

There is a wide range of memory configurations listed by TENAA. The device has variants with 4 GB, 6GB, 8 GB, and even a whopping 12 GB of RAM. Storage options are also very wide with 64 GB, 128 GB, 256 GB, and 512 GB. To make things even more impressive, there is a micro SD card option. We don’t see a point in a mid-range phone with Dimensity 810 having 12 GB of RAM and 512 GB of storage, but will be great to see if Redmi can make this cheap. 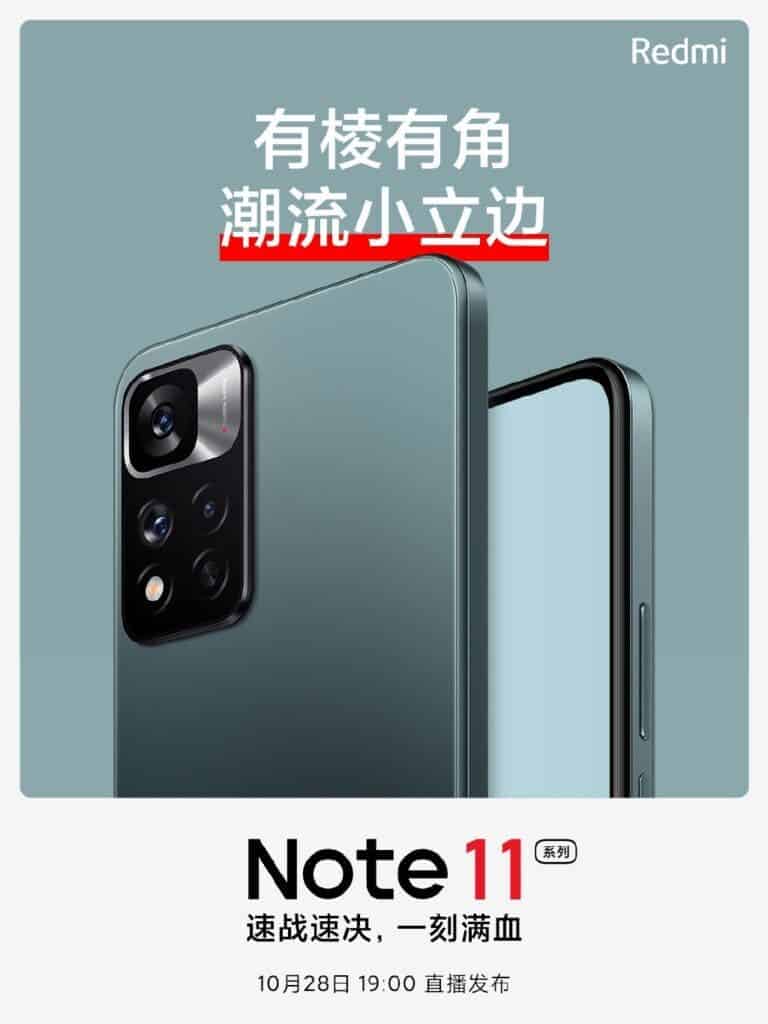 The battery follows the standard set by Xiaomi with the Redmi Note 9 series. The device has a 4,900 mAh battery that will probably be a typical 5,000 mAh capacity. There is no mention of the charge rate here, however, 3C certification suggests 33W charging. Again, this is way below the 120W that will accompany the Redmi Note 11 Pro. Interestingly, the vanilla smartphone may be close to the POCO M4 Pro which is expected to hit the market in November.