Samsung Galaxy A03 support pages have gone live on Samsung India and Samsung Russia websites, hinting at the phone’s imminent launch. As expected, the support pages do not divulge any key detail about the upcoming handset. However, the listing reveals the device’s model number, which is SM-A032F/DS. The “DS” suggests that the phone will have a dual SIM slot. The Galaxy A03 has been subject to a lot of leaks in the past. Aside from that, the handset has passed through multiple certification websites with key specifications.

In October, the Samsung Galaxy A03 grabbed Wi-Fi Alliance certification and was also spotted on the FCC and Geekbench websites earlier this year. The aforesaid listings shed some light on what the phone could offer in terms of specifications. For instance, earlier leaks suggest that the upcoming budget phone will pack an Unisoc chipset under the hood. Moreover, the phone will reportedly run Android 11 OS out of the box. The word on the street is that the Galaxy A03 may launch as a trimmed-down Galaxy A03s model.

The Galaxy A03 support pages on the company’s India and Russia websites imply that the phone is set to launch soon in these countries. As mentioned, the Samsung Galaxy A03 has already passed through the Wi-Fi Alliance certification website carrying the same SM-A032F/DS model number. This listing suggests that the phone will support Wi-Fi Direct and a 2.4GHz Wi-Fi band with 802.11 b/g/n. Also, it confirms that the device will run Android 11 OS out-of-the-box. 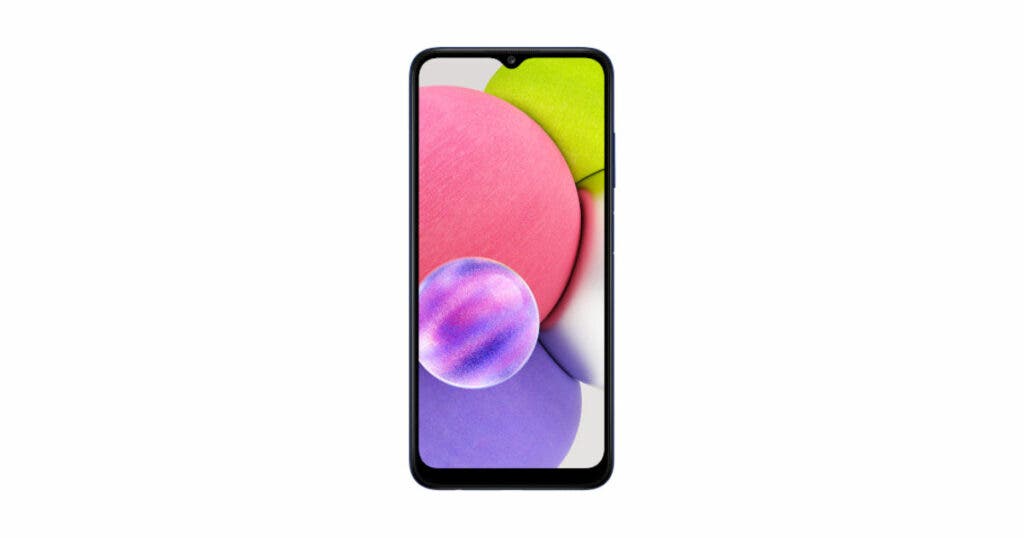 Aside from that, the phone has been spotted on the US FCC listing with a 5,000mAh battery, as well as on the Geekbench benchmark website. Considering that the phone has already received multiple certifications, it seems safe to assume that it will go official in India soon. Likewise, it is likely to hit the store shelves in Russia in the next few weeks. Samsung is still mum on its plan to launch the handset in India. Meanwhile, some of the key specifications of the Galaxy A03 have been revealed via the aforesaid listing.

The Samsung Galaxy A03 is likely to pack an Unisoc SC9863A processor under the hood. Furthermore, the phone could ship with 2GB of RAM and offer 32GB of expandable (via a microSD card) built-in storage. Also, the phone will reportedly run Android 11 OS with the company’s own OneUI custom skin out of the box on top. Aside from that, the phone could draw its juices from a 5000mAh battery, just like the Galaxy A03s. However, it might not support 15W fast charging. Details about other key specifications of the Galaxy A03 are still few and far between. 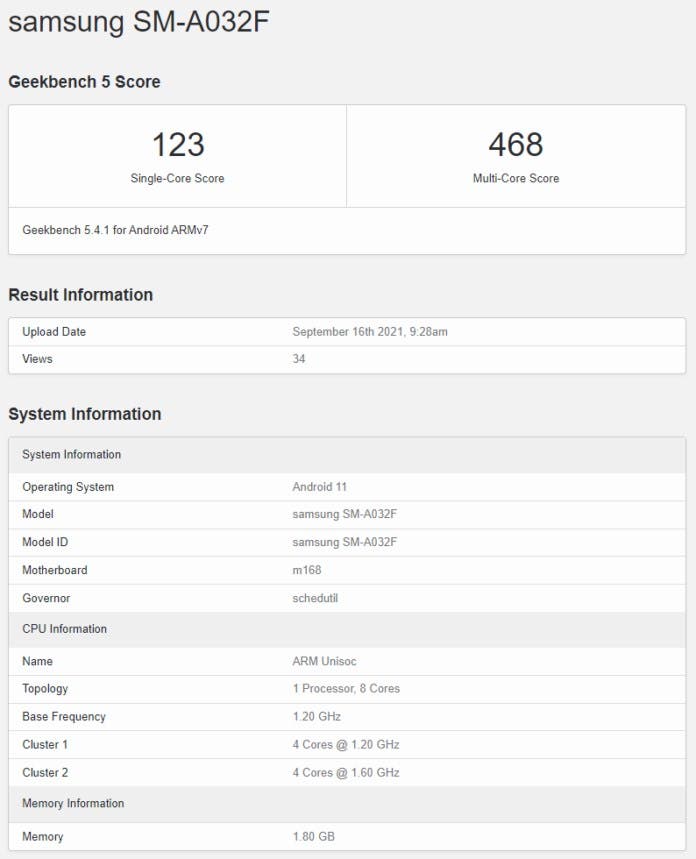 However, the phone is likely to come with the same hardware as the standard Galaxy A03. Likewise, the Samsung Galaxy A03 could sport a 6.5-inch display with HD+ resolution and large bezels. Aside from that, it could house three rear-mounted cameras, including a 13MP main camera, and two 2MP cameras for macro and depth. The fingerprint sensor will probably appear on the side edge. For connectivity, the phone will probably offer a USB Type-C port, GPS, Bluetooth, Wi-Fi, and 4G LTE. In India, it could retail for around INR 10,000.