During Samsung Developers Conference 2021, the company brought a bunch of software-related announcements. The company made announcements around the smart home, One UI 4.0, and even more. One of the most intriguing announcements was a new one involving the company’s laptop lineup. Samsung has unveiled One UI Book 4. And that is exactly what you think it is, a One UI skin for laptops.

Samsung has improved its game with the release of One UI skin. In fact, the company has completely revolutionized its Android skin structure with the latest version. Now, the company is so confident about the quality of its software that is bringing it to laptops. The lineup of flagship Samsung laptops includes the Galaxy Book Pro 360, Galaxy Book Pro, Galaxy Book Flex 2, Galaxy Book, and Book Odyssey. The One UI 4.0 for laptops should also come in the upcoming laptops released by the company.

This is basically Samsung’s custom skin for its laptops running on Windows operating system. Samsung phones run on One UI skin based on Android. The One UI Book 4, on the other hand, is a skin for Windows OS. In terms of look and feel, the One UI Book 4 skin will bring a visual overhaul to Windows machines. 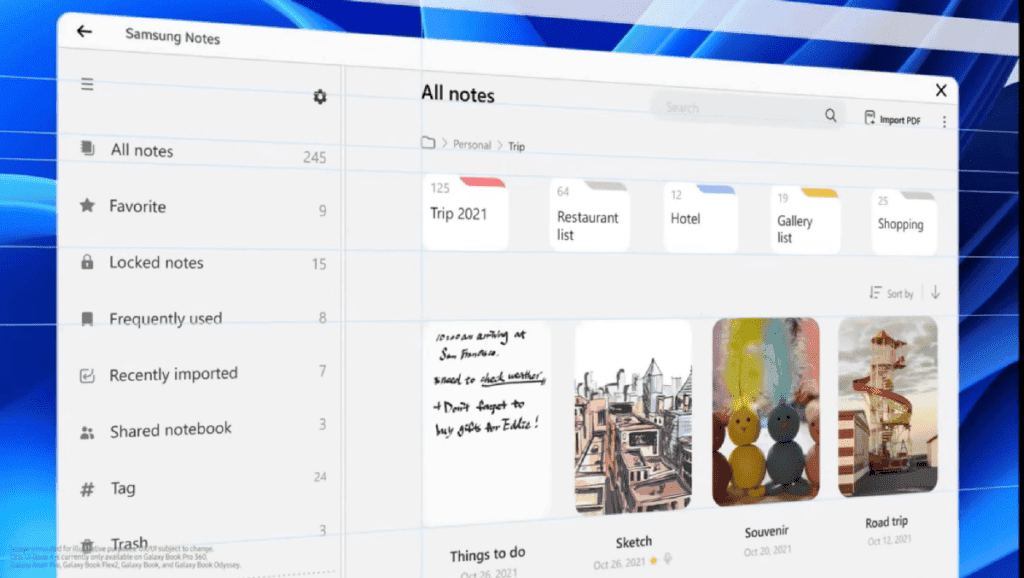 As of now, Samsung has not revealed much about the One UI Book 4. For now, we’re not sure of what it exactly means for the Windows OS. Windows has never been a very customizable skin, not officially. So we’re curious to see what One UI Skin really has in tow. Perhaps, Samsung will find a way to tweak the icons and theme. One obvious thing is that it will likely come loaded with a bunch of Samsung apps. The company may offer its own Settings menu and Gallery apps that resemble One UI elements. We are curious to see if users will embrace this feature. Despite these small changes and elements, the devices will still work as Windows computers and will run and support everything that is made for Microsoft’s OS.

We clearly understand that Samsung’s goal is to build a solid ecosystem of products. Now those who have premium Samsung smartphones, for example, will take more advantage of a computer with the One UI Book 4. For now, however, the company still needs to disclose the exact release date of One UI Book 4.