Aside from that, the models support DTS TruSurround and Dolby MS12 features. The televisions adopt a metallic design, with thin bezels. The recently unveiled Android TV range from Kodak supports 5GHz Internet bandwidth via dual-band Wi-Fi. Aside from that, the Kodak televisions are teeming with useful apps such as Google Classroom and YouTube Learning.

Flipkart Plus users got early access. Both 43-inch and 50-inch models of the TVs were Sold Out on Flipkart at the time of writing. SBI Bank debit and credit card users can avail of a 10 percent discount on Flipkart as part of the launch offer.

The Kodak CA Pro Android TV is available in a 43-inch model and a 50-inch model, and both models run Android 10 OS. Moreover, they sport a 4K ultra-HD display. Under the hood, the Kodak CA Pro Android TV range packs an ARM Cortex A53 processor. In terms of connectivity, the CA Pro series offers multiple options. These include Bluetooth v5, and dual-band Wi-Fi to support 5GHz Internet bandwidth. Moreover, the Android TVs have HDMI 3 (ARC, CEC), and USB 2.0. 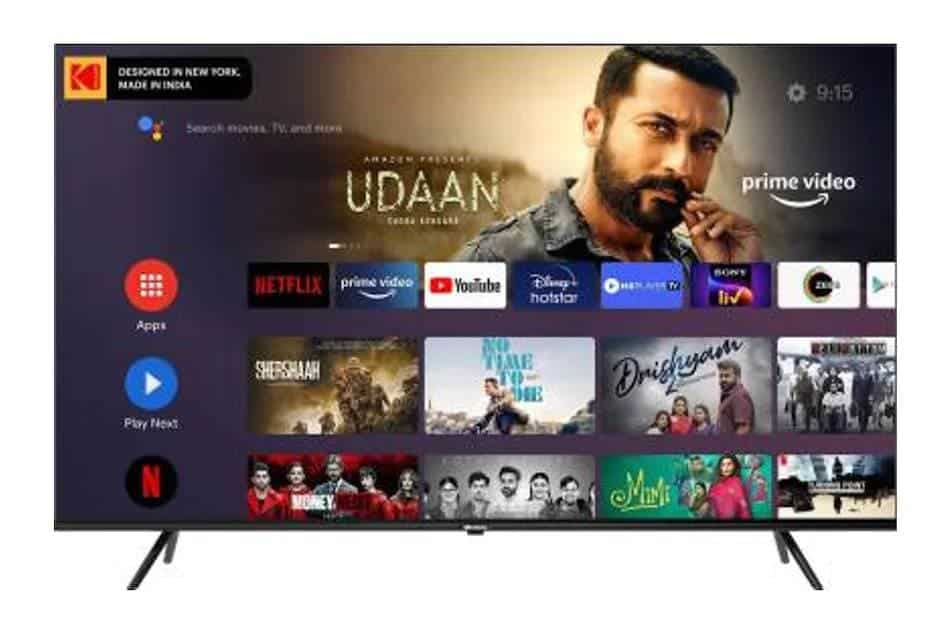 Furthermore, the TV range is compatible with Chromecast. As if that weren’t enough, the series delivers an impressive sound output of 40W and offers Dolby Audio supports. It also supports a myriad of other devices such as a keyboard, mouse, game controller, headphones, and speakers. On top of that, it offers Dolby MS12 and DTS TruSurround support. The two CA Pro Android TV models are housed in a metallic frame and sport a bezel-less design.

According to Kodak, the new TVs come with more than a whopping 6,000 apps and games. For instance, they support popular apps like Sony LIV, Zee5, Hotstar, and Amazon Prime Video. Moreover, users can access the Google Play store on televisions. The remote control features dedicated hotkeys for Google Play, YouTube, Prime Video, and Netflix.

Previous 120,000 people bought the Redmi Note 11 series without knowing their specs or price