Samsung Galaxy A33 smartphone’s color options have surfaced online even before it hit the store shelves. Samsung launched a myriad of budget and mid-range smartphones in several markets under the Galaxy A-series this year. It targetted budget-conscious buyers by launching its most affordable 5G-ready phone in India, dubbed the Galaxy A22 5G. Aside from that, the South Korean tech giant targets India’s premium 5G phone segment with the Galaxy A52 5G smartphone.

The word on the street is that Samsung is gearing up to unveil the Galaxy A13 5G. Furthermore, the A13 5G is likely to be the company’s most affordable smartphone. Moreover, the Galaxy A33 could be on the verge of going official as well. The rumor mill began churning out speculations around the new A-series smartphone about a month ago. The phone was expected to succeed the Galaxy A32. While nothing is set in stone yet, a fresh leak has shed light on the Samsung Galaxy A33 color options.

Details about the Galaxy A33 5G smartphone’s launch date are still scarce. However, multiple reports suggest that the Galaxy A series smartphone could launch early next year. Moreover, Samsung has neither confirmed nor denied these speculations. Before its official unveiling, a report from Galaxy Club has divulged the color options of the upcoming smartphone. If the report is anything to go by, the Galaxy A33 5G will arrive in four eye-catching color options. These include Black, White, Light Blue, and Orange color options. 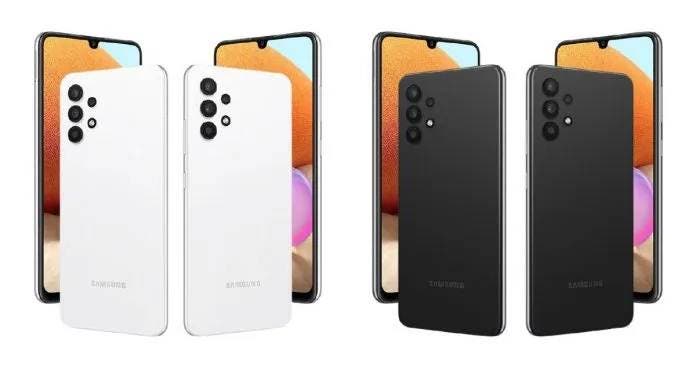 Furthermore, previously surfaced information suggests that the Galaxy A53 5G will be available in the same color options. Samsung Galaxy A series smartphones are currently available in Black, White, and Blue color options. In other words, the Light Orange color option could oust the Lavender/ Purple hue. Aside from that, details about the upcoming smartphone are few and far between. However, the report suggests that Samsung will not launch a 4G variant of the device.

The upcoming Galaxy A33 5G could fix the performance issues with its predecessor. The Galaxy A32 users have complained about experiencing a lot of lag and stutter. This was barely surprising considering that the Galaxy A32 sported a mediocre 6.5-inch TFT display with a 720p resolution. Furthermore, the Galaxy A33 could follow in the footsteps of the Galaxy A32 in the optics department, offering a 13MP selfie camera. With a lot of Galaxy A devices offering 5G support, it looks like Samsung is bent on making 5G-ready smartphones more affordable.