A very unprecedented move is coming from Apple this week. Apparently, after many years of stating the importance of authorized service centers, the company will allow users to perform DIY repairs. As per a new report, the company plans to start selling parts and tools and offering instructions on how to repair Apple products at home, without having to bring them into a store or a third-party repair shop. Apple will start with the iPhone 12 and 13, but the program will expand to Macs with M1 chips. Soon, users will be able to replace the iPhone’s display, battery, and camera using parts sourced from Apple. Other options will also be available in the future.

As previously said, this is a huge shift for Apple. After all, the company was a crusader against unofficial repairs on its products. Something has changed in the company’s philosophy and the first signal came earlier this week. The company was walking back software that prevented Face ID from working if customers replaced their own screen.

The folks at Ifixit are celebrating the move, but state that is still some substantial caveats for what Apple calls “Self Service Repair”. 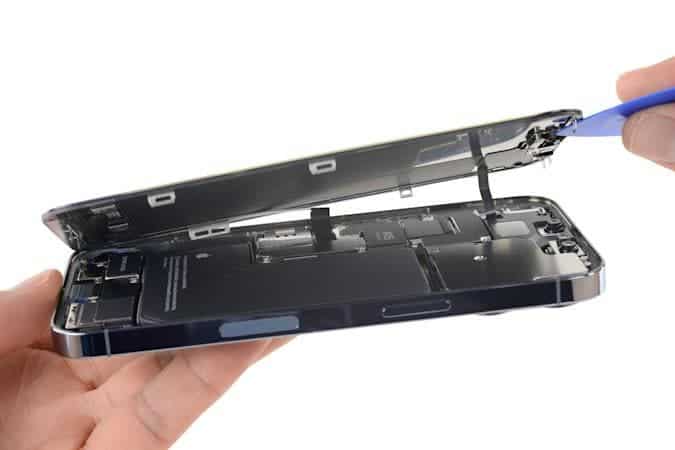 The funny-named program will launch “early next year” in the United States and then will reach other countries. According to the company, the program is for “individual technicians with the knowledge and experience to repair electronic devices” and that most customers should still go to a professional. Anyway, it’s good to see Apple finally giving users the option to make things by themselves, as long as they have the necessary skills. Interestingly, making a self-repair won’t void the iPhone’s warranty. However, damaging the device in the process still might. It’s the good and old disclaimer: “We are not responsible for any kind of damage made on your device during the repair process”.

Apple already has a program to sell “genuine” parts to third-party repair shops. Now even the standard customers will be able to buy these parts. This seems to be another move from Apple to discourage buyers from getting unofficial parts.

According to iFixit, the best place to look at when you’re going for a DIY repair, there are still some caveats. According to Elizabeth Chamberlain, iFixit’s director of sustainability, Apple’s decision is a “remarkable concession to our collective competency”. It invalidates many of the arguments that Apple and other companies have made against the right to repair. However, she stands that this still isn’t reaching its “open-source repair revolution” dream. The method still has restrictions that require parts to be bought straight from Apple.