Moto G200 5G smartphone’s India launch timeline has been tipped, confirming that the phone will go official in the country soon. Not too long ago, the American telecommunications giant took the wraps off new smartphones. These include the Moto G31, Moto 41, Moto G51, Moto G71, as well as the Moto G200 models. The word on the street is that Motorola is gearing up for the imminent India launch of G41, G51, and the G71 smartphones.

After floating around the rumor mill for several months, Motorola’s Snapdragon 888+ smartphone arrived in the global markets on November 18. The handset carries the Moto G200 moniker and packs the most powerful chipset from Qualcomm to date. Aside from that, the Moto G200 is the most affordable handset that packs the Snapdragon 888+ SoC. In other words, even budget-conscious buyers can now experience extreme performance without emptying their pockets.

A new smartphone with Snapdragon 888+ SoC is slated to launch in India soon, according to a tweet from tipster Debayan Roy. Furthermore, the leaker claims that the purported handset will be launched by the Lenovo-owned company. Debayan originally hinted at a November 30 India launch for the aforesaid smartphone, which seems to be the Moto G200. On November 20, the tipster shared another tweet that suggest that the Moto G200 smartphone’s India launch has been pushed back.

Ok..an update: The phone already launched globally as Motorola G200 & till now the 30th November date is confirmed but there is a chance of slight delay, if that happens the phone will launch in 1st or 2nd week of December but India launch is CONFIRMED and it’ll not cancel !

In other words, the Moto G200 will not go official in India on November 30. Now, Debayan has revealed that the Moto G200 will hit the store shelves in India either on the first or second week of December. However, it is still unclear whether the phone will make its debut carrying the G200 name or the Edge branding. Nevertheless, the upcoming smartphone has been subject to multiple speculations lately. There have been a lot of speculations surrounding the smartphone’s specs and India pricing.

If previously surfaced reports prove to be true, the Moto G200 will sport a 6.8-inch LCD panel that provides an FHD+ resolution. Moreover, the phone will offer a refresh rate of 144Hz. It is also likely to run a preinstalled version of the Android 11 operating system. Aside from that, the Moto G200 will reportedly pack a Snapdragon 888+ chipset under the hood. The processor will be paired with 8GB of LPDDR5 RAM. Aside from that, it will offer UFS 3.1 storage options of 128GB and 256GB. 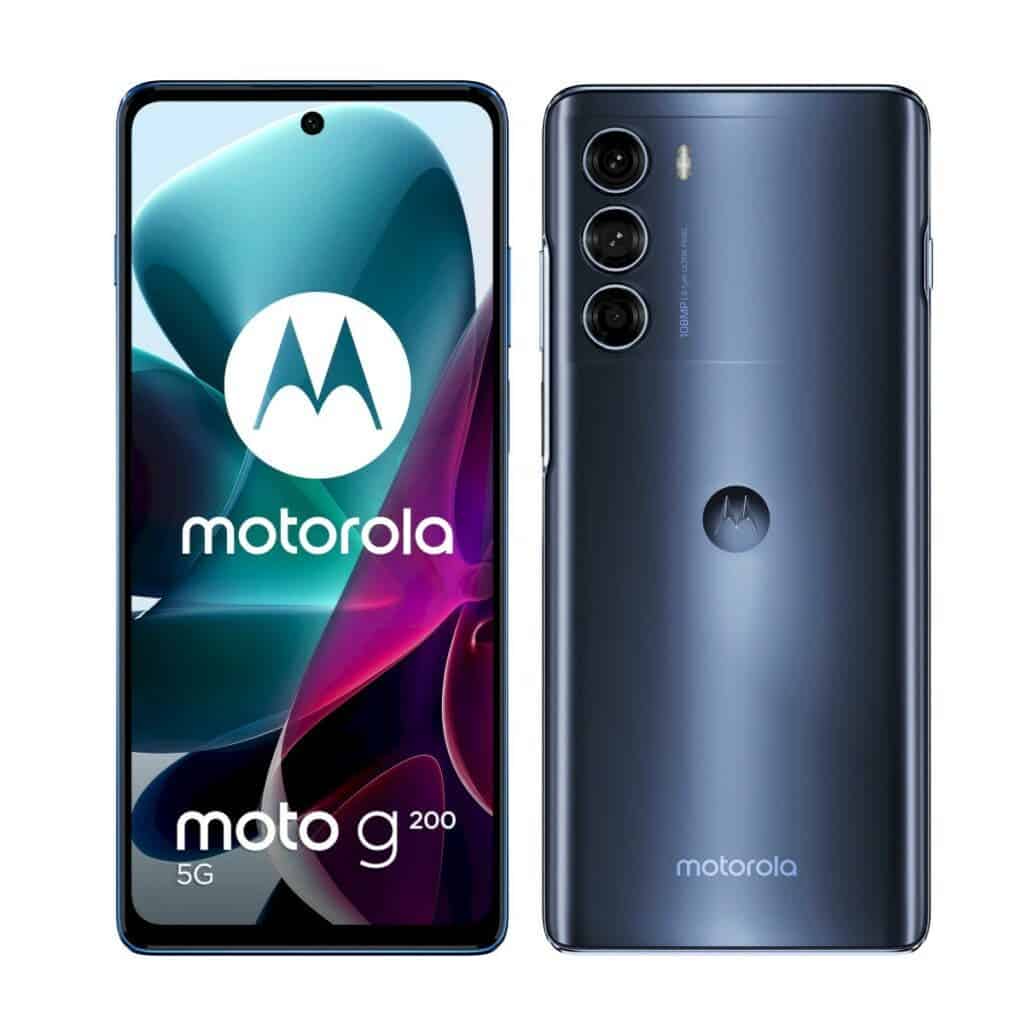 For optics, the G200 houses a 16MP front shooter for selfies and video calling. The phone features three rear-mounted cameras including a 50MP main camera, an 8MP ultrawide lens, and a 2MP depth camera. The fingerprint scanner is mounted on the side for easier access. A robust 5,000mAh battery will be powering up the entire system. Moreover, the battery will support 33W fast charging. The phone retails for €449 (about $507, INR 37,650) in Europe.