Honor has been putting its name back in the headlines with the help of the Honor 50 series in China. This has been one of the company’s most successful launches since it has been freed from Huawei’s ties. Although not much time has passed since this launch, the company is gearing up to introduce a new Honor 60 series of smartphones. According to reports, the premium smartphones will go official in China on December 1. We can expect at least two smartphones to appear in the event, Honor 60 and Honor 60 Pro. Today, leaked renders have been revealed alongside some of the key specifications.

As usual, JD.com, the biggest Chinese online retailer has leaked info ahead of time. The e-commerce platform listed the upcoming Honor smartphones with renders confirming the design. 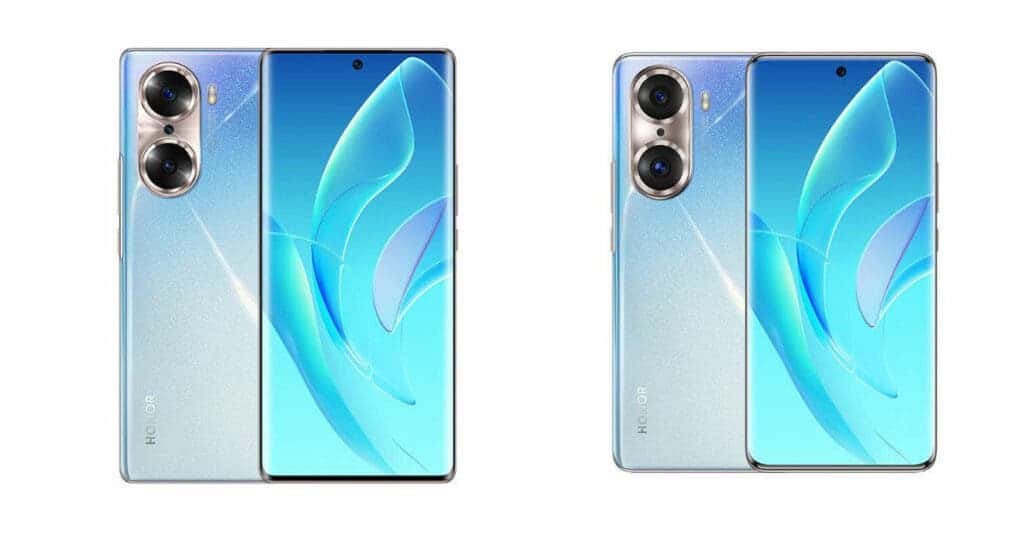 At the front, both the Honor 60 and Honor 60 Pro will sport curved screens. As this is something still exclusive to OLED panels, we can pretty much confirm this material’s choice for the displays. The Pro model is different since it has curved edges on all four sides of the display. Both smartphones feature punch-hole cutouts at the top center. It was previously rumored that the vanilla model will pack a pill-shaped cutout for the screen with a dual-front camera setup. Nowadays, most smartphone brands have left this concept behind. The devices should come with an in-display fingerprint scanner as there is no sign of a physical scanner.

The Honor 60 series will come with a Full HD+ resolution of 2,400 x 1,080 pixels with a 120 Hz refresh rate. These devices are likely incremental upgrades, as they’re packing the Snapdragon 778G+ SoC. For starters, this is just an overclocked variation of the SD778G found in the Honor 50 and Honor 50 Pro. The handsets are rumored to come with a 50 MP front-camera sensor which is very appealing and unique. The main camera setup should be impressive with a 108 MP main camera. Both smartphones will pack 66W fast charging.

The Honor 50 series reached the global markets not long ago. So, we suppose that the Honor 60 series will take a couple of months to reach Europe and other regions. We expect sometime in the first quarter of 2021, given by the time there is a chance that they will reach global markets with Android 12 in tow.

Previous POCO Laptops will soon be introduced in India