Qualcomm has previously announced that it will formally hold the Snapdragon Summit on December 1. At this event, the company will unveil the new 4nm flagship processor, Snapdragon 8 Gen1. The first smartphone to use this processor will come from either Motorola or Xiaomi. However, several other brands are preparing to launch smartphones with this chip this year. In fact, there are speculations that Nubia may beat Motorola and Xiaomi to the top spot. Thus, it is a fight to the finish line.

This shows that Nubia and the ZTE brand is cooperating very well with Qualcomm. Even if Nubia is not the brand to debut the Snapdragon 8 Gen 1, it should appear in the first batch of models. These smartphones will be available for purchase early next year and they are worth looking forward to.

Yesterday, the AnTuTu score of a smartphone with Qualcomm’s latest flagship processor, Snapdragon 8 Gen1 appeared online. The AnTuTu database score of this smartphone shows that it scores 1,025,215 points. This shows that the Snapdragon 8 Gen1 score exceeds Dimensity 9000 score with 17,819 points. Recall that an engineering model of the Dimensity 9000 scores 1007396 points on AnTutu. This makes the Snapdragon 8 Gen1 the most powerful chip in the Android camp. However, there are some important points to note. Firstly, the point difference is insignificant and may not reflect actual performance. Secondly, these are only engineering models, and the real deal may be significantly different. 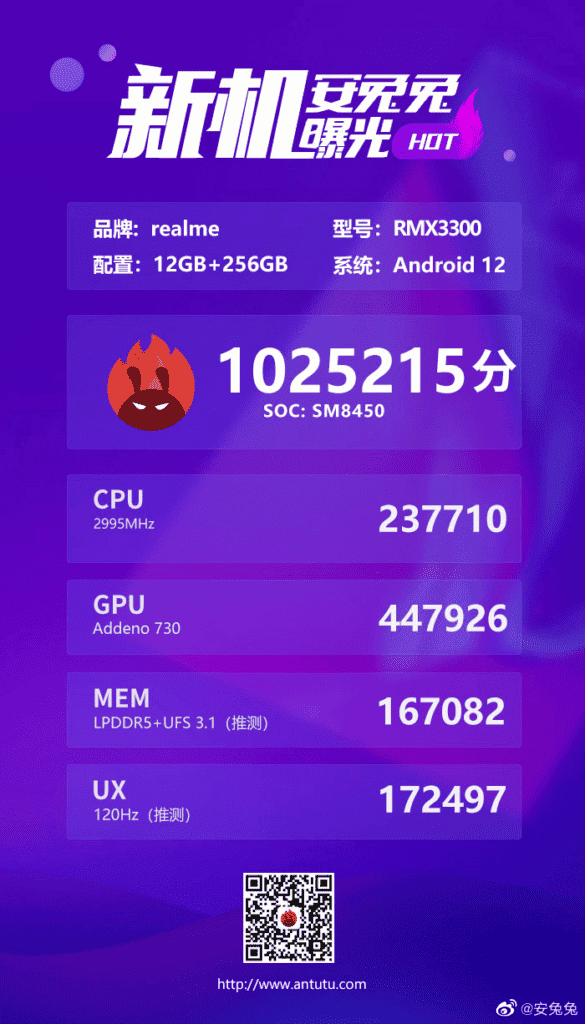 In most cases, after mass production, the performance of these processors will increase. The Qualcomm Snapdragon 8 Gen1 is a flagship processor that uses Samsung’s 4nm manufacturing process. It comes with a large core Cortex X2 clocking 3.0GHz. It also has a Cortex-A710 medium core (2.5GHz) as well as a Cortex-A510 small core (1.79GHz).

Next Xiaomi 12 mini with Snapdragon 870 to launch next month

Nubia Z40 Pro has an efficient cooling system for gaming