A mobile PlayStation controller could be on the way. Sony Interactive Entertainment of Japan has filed a patent for an accessory designed to play games on mobile devices. The controller is similar in appearance to the DualShock 4. It consists of two “grips”, one on each side, featuring the traditional console button structure.

Remember that the traditional PlayStation 4 and PlayStation 5 controls can now be used on cell phones, with Bluetooth connectivity, but this would be a totally different accessory. It could be directly coupled to the device. The image below shows in great detail how it would work – similar to many other gadgets of the type that are already on the market. It’s almost like getting the Nintendo Switch experience with your smartphone and with the familiarity of PlayStation controllers. There are also a couple of Razer and Ipega controllers that use the same layout. 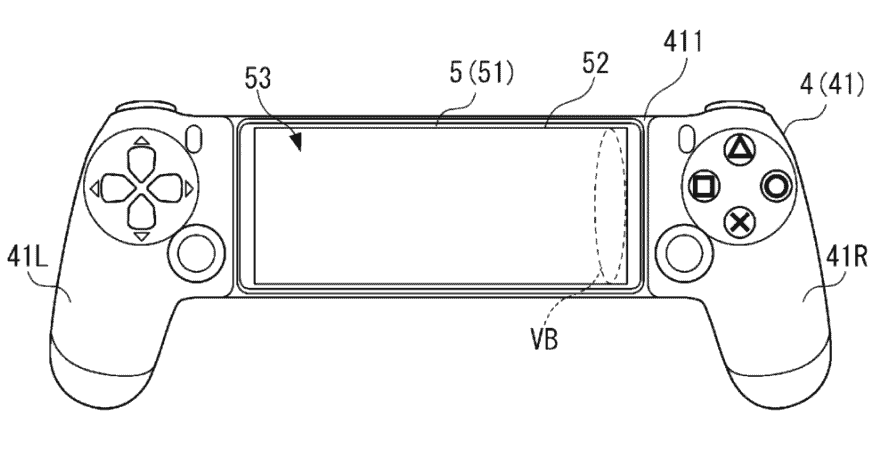 The attached controller could bring more immersion for using Remote Play with your smartphone. Moreover, you could benefit when playing mobile games. Also, using it on cloud gaming services like xCloud could be interesting. Furthermore, there are also many rumors suggesting Sony’s initiative in the mobile segment. The Japanese company is expected to bring some of its popular franchises to the mobile segment.

Recently, former Apple Arcade content chief Nicola Sebastiani took over the company’s mobile gaming operations in a bid for a new project to “adapt the most famous franchises” to mobile. Jim Ryan, head of the company, has also confirmed that the idea is to bring some of Sony’s iconic IPs to mobile devices. That could mean a future God of War, or even Uncharted for mobile devices. Nintendo already proved that it can achieve success with mobile games, and Sony will probably follow suit. We don’t expect the same experience of consoles. The company may launch free games with in-app purchases, but time will tell.

Although some patents never see the light of the day, it is quite possible that this patent will end up coming out of the paper. Many don’t come true, but the PlayStation mobile controller seems to have a good chance. Especially since we already have a confirmed Sony game for smartphones coming soon: an adaptation of WipeOut is in development. It should come by the end of this fiscal year.

Previous MIUI 13 is being tested on the upcoming Xiaomi 12