Honor has been fighting to conquer customers since the beginning of the year. After leaving Huawei behind, the former subsidiary had the necessary tools to achieve popularity in the Chinese market. It launched a couple of mid-range smartphones earlier this year, but its definitive return happened with the release of the Honor 50 series. These devices have been selling very well and gave the company third place in sales for the third quarter of 2021 in China. Now, Honor is ready to unveil the Honor 60 series and keep its growth in the domestic market. The lineup will be composed of an Honor 60, Honor 60 Pro, and possibly an Honor 60 SE. Today, the Pro had its full specs and design revealed.

The Honor 60 series will go official in China on December 1. At least two Honor smartphones are expected at tomorrow’s launch, we don’t know if the SE will attend the event, but the vanilla and Pro certainly will. A day ahead of the launch, specifications, and features of the Honor 60 Pro 5G have leaked in all their glory. Unfortunately, those expecting a flagship-tier performance will be disappointed.

The leaked Honor 60 Pro specifications by 91Mobiles and tipster Ishan Agarwal reveal that the phone will pack a Qualcomm Snapdragon 778G+. The device will come in two storage configurations. The base variant has 8 GB of RAM and 256 GB of Internal Storage. The other variant will come with 12 GB of RAM and the same 256 GB of Internal Storage. The SD778G+ is an overclocked version of the original chipset. So, in terms of performance, the device will bring incremental upgrades. 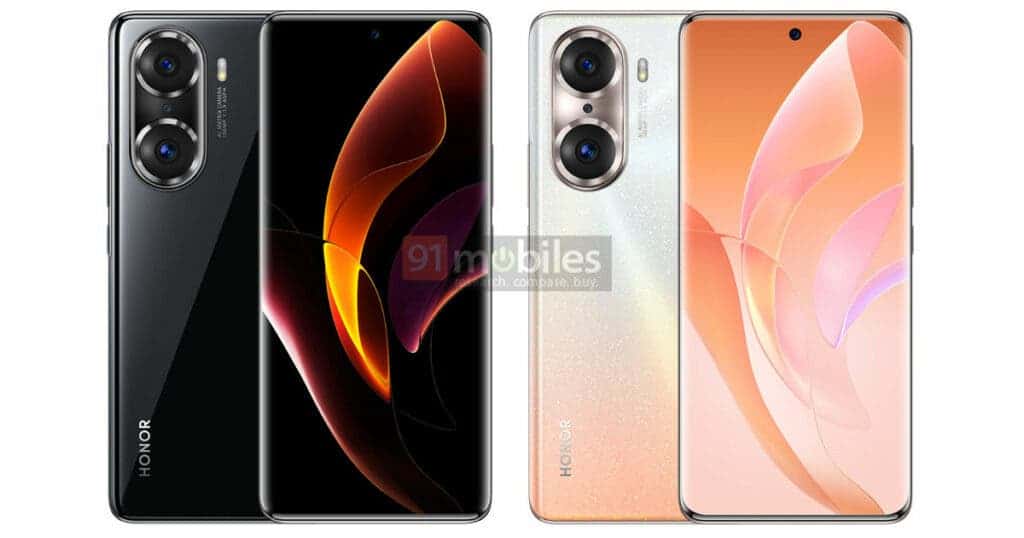 The Honor 60 Pro packs a 6.78-inch OLED screen with a Full HD+ resolution. It will also bring a 120 Hz refresh rate and HDR support. In terms of software, the device will run Android 11 with Magic UI 5.0 straight out of the box. The handset will connect with Bluetooth 5.2 as well. The phone measures 163.9×74.8×8.19mm and weighs 192 grams. The device will ship in four colorways – Bright Black, Juliet, Starry Sky Blue, and Jade Green. The device draws powers from a 4,800 mAh battery with 66 W fast charging.