Google Pixel 6 Pro has been dealing with a couple of bugs over the past few weeks. The latest of these bugs is the incessant disappearance of signals from this device. Today, a user took to Reddit to express his dissatisfaction with the issue. This is not a standalone issue as over 100 users on the Google Community have also reported this issue. To make matters worse, the signal loss problem of Google Pixel 6 Pro not only occurs in the United States. This issue is also present in other parts of the world like Canada. 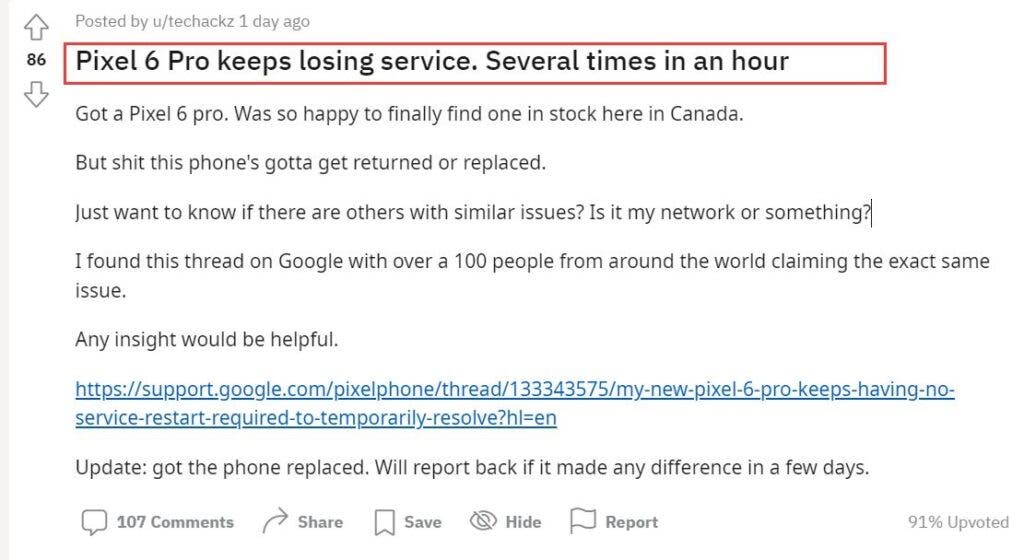 According to reports, during use, the phone will have no signal. It will take a few minutes to connect to the Internet. However, users can temporarily alleviate after restarting the smartphone but this is not a permanent solution. Although Google provides a replacement service, getting a new unit still will not solve this issue.

Hopefully, this issue is something that the company can fix with a simple update. As of now, there is no official response from Google regarding the issue. Considering the widespread reports, the company will respond soon.