Starting in 2020, talk about crisis, production decline and component shortages have become common. The supply chain has failed, and there is no way to produce parts quickly and in sufficient quantities. All without exception feel the lack of components, the pandemic has changed the market and continues to do so now.

One of the most painful topics for electronics manufacturers is the shortage of chips. When will the unfavorable period end? The predictions are different. The head of Qualcomm, Cristiano Amon, also gave his forecast. He believes that the situation will soon improve, and this will happen next year.

His statement runs counter to the statements of other top managers of the largest manufacturers of semiconductor products. So, Intel CEO Pat Gelsinger believes that the global shortage of chips will continue until 2023. And the head of ARM, Simon Segars, is completely pessimistic – the situation will not only not improve, but will worsen. The processor shortage will be prolonged and will be felt more and more painful.

Multiple smartphone makers couldn’t procure enough processors from Qualcomm which affected their smartphone production. Samsung was no exception, which its mobile chief TM Roh and procurement executives visiting the US mid-year to meet with chip companies to secure more supply. 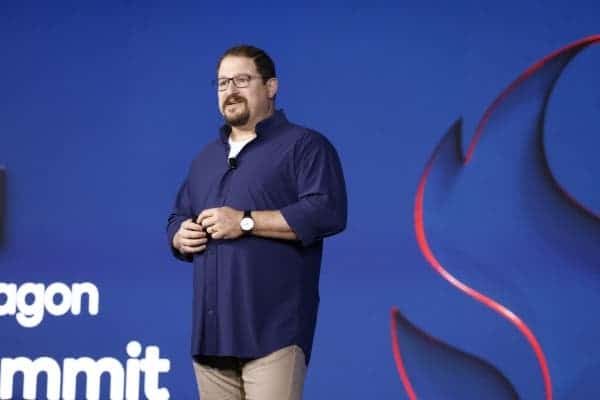 Due to the shortage, manufacturers began to raise prices for processors

MediaTek, one of the largest suppliers of chips for smartphones, is forced to raise prices for its products. The reason is the global shortage of electronic components; which hit a wide variety of industries, including computers, smartphones, server and network equipment, cars, etc.

It is reported that the rise in price has affected processors for smartphones supporting only fourth-generation cellular communications (4G / LTE); as well as for devices capable of operating in fifth-generation networks (5G). In the first case, the growth in value reaches 15%, in the second 5%.

As noted, the increase in prices for MediaTek products is partly due to higher production costs from Taiwan Semiconductor Manufacturing Company (TSMC).

Also, according to Strategy Analytics, Qualcomm is the leader in the global smartphone processor market; controlling 36% of the industry in monetary terms. In second place is MediaTek with a share of about 29%; and Apple closes the top three with 21% (as of the second quarter of this year).