Realme has already started its Android 12 beta program for eligible devices but it is progressing slowly. The new update is coming in the form of Realme UI 3.0, and just like Realme UI 2.0, should take a few months to reach a good amount of Realme smartphones. There are a few devices testing the new update and today the Realme X7 Max 5G is joining this select group. Other devices in this group include the flagship Realme GT and the Realme GT Explorer. It’s not a big surprise to see the Realme X7 Max here as it is an India version of the Realme GT Neo.

Worth noting that this first build carries the Early Access status and the amount of seats is strictly limited. Of course, it’s not intended for all users as the first updates may carry a myriad of bugs. It’s most likely for advanced users that have experience with ROM flagship, it’s not intended for those who have the handset as a daily driver. Worth noting that it’s important to make a complete backup of your files. After all, in any case, you need to roll back to Android 11, your internal storage will be completely wiped. 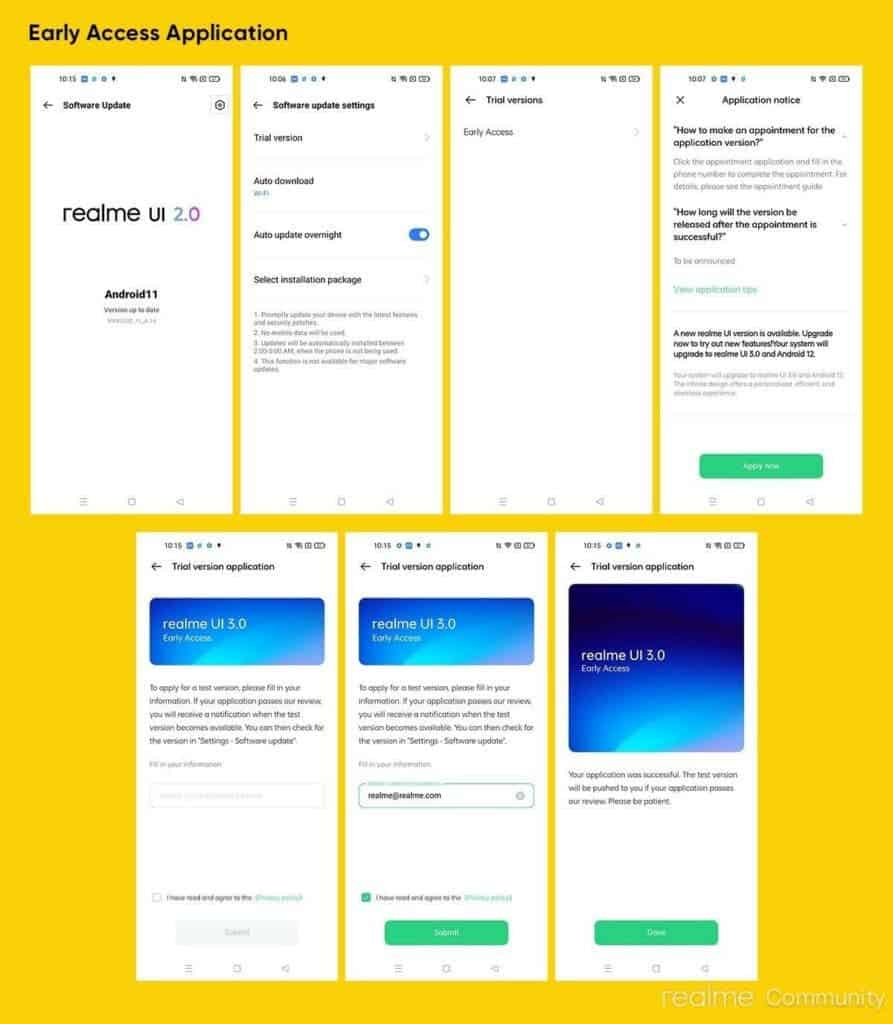 Users can apply to the Early Access program through this detailed guide made by Realme itself. As we mentioned before, there is a limited amount of sits. So not everyone who applies will actually enter the early access program.

Realme X7 Max is the latest device to get a taste of Realme UI 3.0

There are some requirements for flashing this update. Your phone can’t be rooted and must run the latest software which is the RMX3031_11.A.21. Moreover, you’ll need more than 10 GB of free space and the battery must be at 60 percent or higher. Also, make sure to back up your data in case anything goes wrong and update all applications to the latest version available. The guide also brings instructions on how to roll back to Android 11 based Realme UI 2.0 if necessary. Again, the process will be the internal storage.

Unfortunately, didn’t set a release for the Realme UI 3.0 firmware for the Realme X7 Max 5G. The company does not tend to rush things, so it will likely run this beta program for one more or two before releasing stable firmware. We also expect a couple of open betas ahead of a stable release. For comparison, the Realme GT entered early access in late October and didn’t get a stable release yet. Everything will depend on how buggy the firmware will be on the Max.

In case you’re wondering, the original device, the Realme GT Neo got its early access beta in the last week.

Next Samsung Galaxy A53 starts mass production in India