Earlier, iQOO officially stated that it would hold a new product launch conference on December 20. At the event, the company will uncover a new generation of flagship model – iQOO Neo 5s. 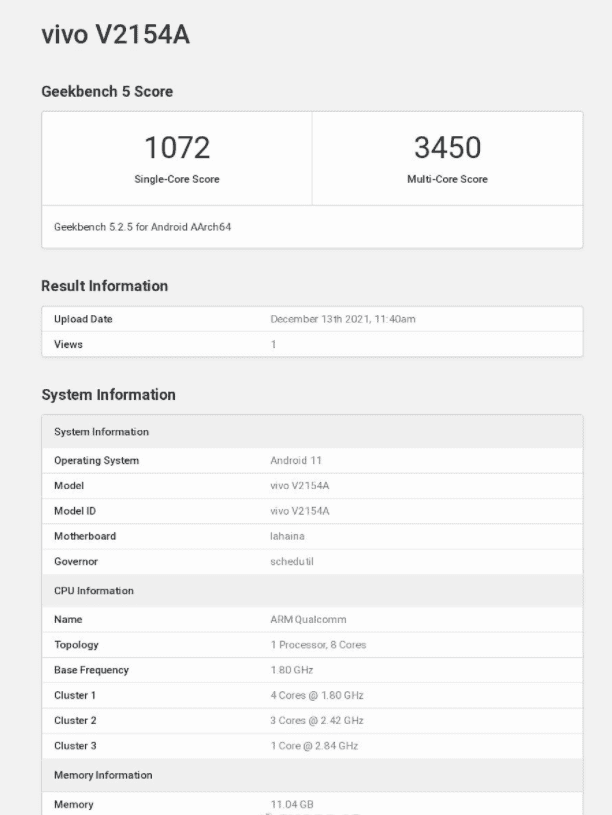 Prior to this, we learned that the iQOO Neo 5s will sport the Snapdragon 888 flagship chip. Today, the machine’s benchmark score appeared in the GeekBench 5 database. Plus, we can see that the handset will come with 12GB of memory. The model is vivo V2154A. And its single-core score is 1072, while the multi-core running score is 3450.

Also, the iQOO Neo 5s will boast in terms of heat dissipation. The company has developed a completely new technology that uses rare earth alloy materials. Thus, our protagonist will be the world’s first coming with such a technology and such materials. The company said that this is a kind of high thermal conductivity rare earth alloy material. It is relatively thin and can reduce the thickness of the whole machine by 0.05mm. Plus, it can reduce the weight by about 7-10g.

More importantly, this kind of high thermal conductivity rare earth alloy material can solve the heat generation problem of Qualcomm Snapdragon 888 that is commonly faced in the industry. So it ought to allow the flagship processor to exert its powerful performance while remaining “calm” and bring super-strong gaming performance.

You should also remember that the iQOO Neo 5s has previously been spotted in the game interface of “Honor of Kings”. Thus, the handset will be a non-traditional gaming mobile phone. We mean unlike the genuine mobile smartphones such as the Black Shark and Red Magic, this model will look like a traditional device but act like a beast. 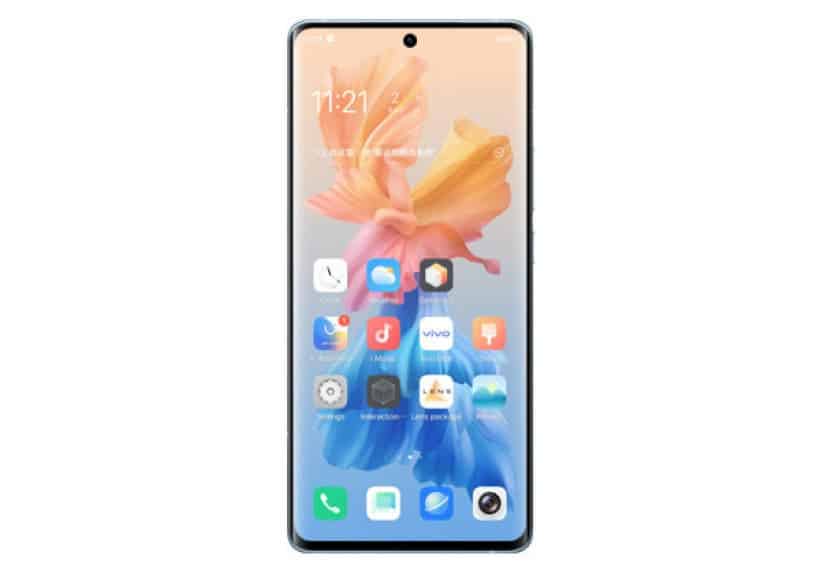 The iQOO Neo 5s will adopt a straight screen design. The phone will run the original OriginOS system, which was released recently. There should be a triple-camera on the back. Reports also state that the main cameras will be Sony’s IMX598 with 48MP. Rumors also have that the forthcoming product will feature a 6.56-inch OLED display with a FullHD+ resolution and a refresh rate of 120Hz. It will also have an on-screen fingerprint scanner.

The company also mentioned in the promotional copy: “The iQOO Neo 5s will shock you, coming with powerful dual cores, passionate and cool play. The new machine has passed the official certification of the top professional e-sports league, and has officially become the official phone of the 8th Honor of Kings University League.”

Simply put, it has officially become the designated machine for the official tournament of the Eighth Honor of Kings University League. This also proves the performance of this machine and its excellent heat dissipation performance.