Vivo unveiled its Origin OS Ocean update back in the last week. For those unaware, Ocean is basically the 2.0 version of the OriginOS which debuted last year as the new skin for Vivo smartphones in China. For whatever reason, Vivo has decided to not build a global version of this software and keeps pushing its international smartphones with FuntouchOS instead. Anyway, going back to OriginOS Ocean, the first smartphone to come with it straight out of the box will be the iQOO Neo 5s. The new flagship killer smartphone will come on December 20 and will bring the company’s latest software iteration. 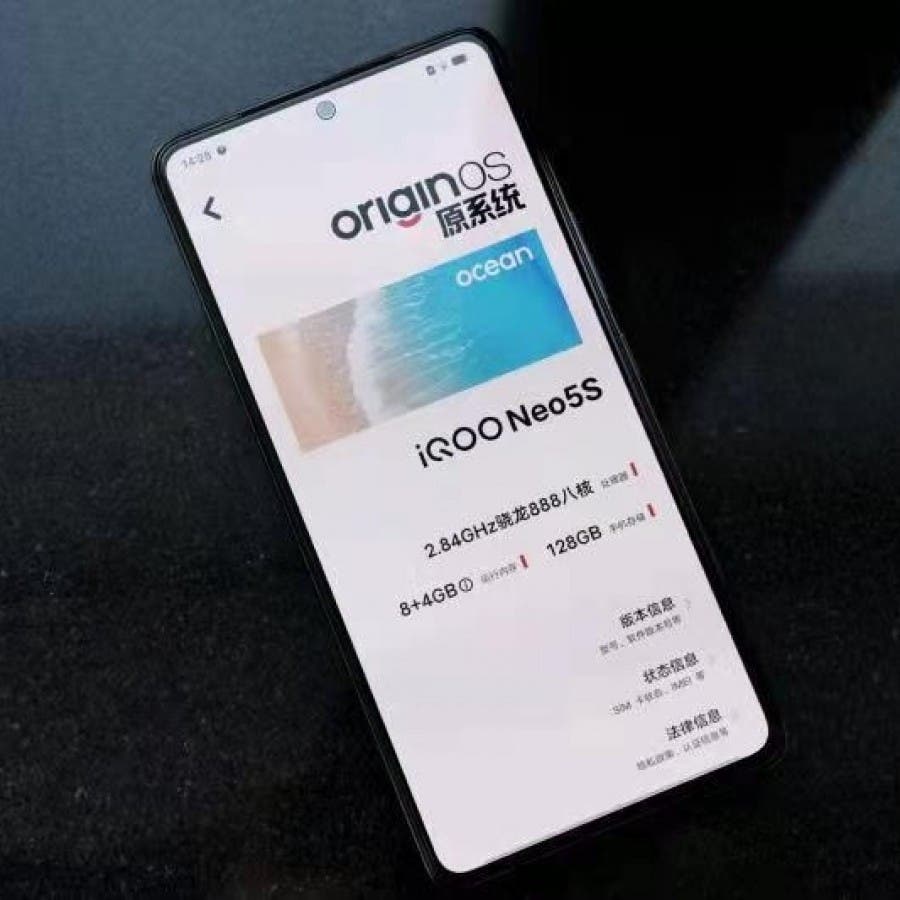 According to recent leaks, the iQOO Neo5s will carry 8 GB of RAM And 128 GB of Internal Storage. Of course, variants with more storage and RAM aren’t discarded. The handset will also bring a punch-hole display at the center. Reports also state that the main cameras will be Sony’s IMX598 with 48 MP. This unit will bring optical image stabilization with 66 W fast charging. We expect this battery to have at least 4,500 mAh, but can be bigger with 5,000 mAh. As usual, we expect the leaks to keep popping out in the coming days ahead of the event. Also, iQOO itself is expected to keep teasing its upcoming handsets.

Worth noting that the Chinese brand is also preparing the terrain for the iQOO 9. The new flagship handset may come in the first quarter of 2022. It will bring Qualcomm Snapdragon 8 Gen 1, OLED display, and fast-charging technology.

The first of many flagship killers with Snapdragon 888

The iQOO Neo5s will open a precedent for a new kind of flagship killer smartphone. While this spot was occupied by devices with the Snapdragon 870 SoC, we may see more devices coming with the SD888. Qualcomm will likely reduce the price of its 5 nm chipset to make it a strong competitor against the likes of the Dimensity series. Motorola recently proved that there is a way to build a flagship-killer smartphone with the Snapdragon 888+. Everything depends on how many corners you will cut to make these devices cheaper than the premium smartphones carrying cutting-edge chips.